< Previous
Wikipedia co-founder: I no longer trust the website I created
Next >
We had rights before the Human Rights Act
by Will Lloyd
Tuesday, 14
December 2021

The prosecution is having a torrid time so far They gather outside the Thurgood Marshall courthouse in lower Manhattan. QAnonners, conspiracy podcasters, sceptics; private citizens who use their private time to make public placards about alleged sex traffickers. To them Ghislaine Maxwell is not a woman. She is an avatar of an elite that crushes the poor and the desperate with casual, contemptuous cruelty. They are watching Maxwell being tried on six counts of (essentially) conditioning girls and young women to satiate Jeffrey Epstein’s pedophilia. She denies any wrongdoing. The placards are waiting for an entire system of wealth and power to be indicted with her.

They may be waiting for some time. Maxwell’s experienced, fearsome, theatrical defence team has spent the first weeks of the trial shredding the prosecution’s witnesses and arguments. One reporter described Maxwell’s “brutal” attorney Jeffrey Pagliuca as “flaying the skin of a woman who left school at fourteen” when he questioned one of the alleged victims last week. “Pagliuca had great sport, crushing Carolyn’s spirit so that at one point proceedings had to stop while Carolyn just uttered heart-rending sobs.”

Then there is Bobbi Sternheim, another Maxwell attorney. On the first day of the trial her zingers had the court practically gasping as she launched the defence. The accusers had made Maxwell a “bullseye of anger”. Their emotions and accusations were misdirected. Epstein was dead; Ghislaine remained. She was “filling that hole and filling an empty chair.” Others had suffered a similar fate, Sternheim said. “Ever since Eve was tempting Adam with the apple, women have been blamed for the bad behaviour of men.”

And it was Maxwell’s other lawyer, Laura Menninger, who tore through another accuser’s — Jane — testimony on the third day of the trial. Jane, Menninger pointed out, in documents produced pre-trial, only named Epstein as her abuser, while making no mention of Maxwell. It contradicted Jane’s testimony. It strengthened the defence’s argument that Maxwell had been retconned into the case. That she was never part of the prosecution’s narrative until Epstein’s death. Jane disappeared into herself. She was left saying “I don’t recall” or “I don’t remember” over and over again.

So far, that is the story of the trial. Own goals from the prosecuting lawyers. Stumbles. And the grimly catlike toying of the prosecution’s witnesses by Maxwell’s expensive lawyers. When the defence starts up this week and begins to call up its own witnesses, it will do so from a position of strength.

Somehow the prosecution will need to make the jury see this case, and the world of wealth, power, and perversion it illuminates, in the same way the placards outside do. To see that coincidences are actually connections. That the higher people rise the more virtue they are capable of shedding. That sometimes what appears to be a conspiracy theory is actually a concrete fact. 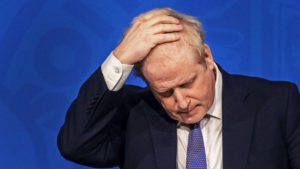