I live in the Bay Area, in a county where the vaccination rate is in the mid-80s. In late July, I was dropping my younger daughter off for a soccer day camp each morning. It was 10 kids running around an open field. They wore masks for six hours each day, and it was about 85° that week. Telling my fully vaccinated daughter to put that thing on, I felt compromised for participating in the charade. The old Scots Irish belligerence started welling up.

Rules are meant to codify some bit of rational truth and make it effective. These days, we find ourselves in situations where to do the genuinely rational thing might require breaking the rules of some institution. But to do so is to invite confrontation. You may go through an internal struggle, deciding how much resistance to put up. To insist on reasons is to be ornery, and you want to be sociable. You tell yourself, there is no point in being confrontational with staff at the YMCA who are themselves simply carrying out orders. There is nobody visible to whom you can address your reasons, nobody of whom you can demand an account. ...  Continue reading We largely have Christianity to thank for our faltering modern belief that human life is sacred. The ancients took a much more casual approach. Unwanted babies were abandoned to die or be rescued by strangers: like Romulus and Remus, Rome’s mythical founders, who were raised by a wolf.

Much as new lives were not automatically worth preserving, taking your own life in the ancient world wasn’t automatically bad either. Socrates’ decision to drink hemlock rather than face exile, was deemed honourable by many ancient philosophers.

Christian doctrine, though, taught that human life is sacred, because it holds a spark of the divine. Thus only God should be permitted to give or take life. The 325AD Council of Nicaea decreed that every Christian village should have a hostelry for the sick, a principle which extended to abandoned children. For the same reason, a long-standing Christian tradition forbids suicide. But as the Christian era has faded, so old debates about the beginning and end of life have re-surfaced – most recently, in the accelerating campaign to legalise assisted dying. ...  Continue reading When Colin Powell strode into my small room across from the “immediate office” of Secretary of Defence Caspar Weinberger and asked me what I was up to, I told him that I was trying to rescue the Art of War from bureaucracy. His response was typically sarcastic: this must have been in 1985, when he was a two-star Major General serving as Weinberger’s Military Assistant, tasked with averting, or absorbing, the bigger civilian-military frictions within the Pentagon — as well as the occasional outright fight, too.

Weinberger was a Right-wing Republican who worked for another, Ronald Reagan, and even in those days Right-wing Republicans were automatically written off as racists. But I never detected the slightest bit of discomfort in Powell’s demeanour, perhaps because neither Weinberger nor Reagan had any doubts about his ability: after leaving the Pentagon for a career-required Corps command once he was promoted to Lieutenant-General, Powell was summoned back to Washington by Reagan to serve as his National Security Advisor. That Powell was the first black man to run the “inter-agency” National Security Council was not much mentioned at the time, as far as I can recall, except perhaps in the vernacular press that I do not read. ...  Continue reading When Stonewall was set up, in 1989, gay people did not have equal rights in the UK. Homosexuality may have been decriminalised in 1967, but the age of consent wasn’t the same as it was for straight people in the Eighties. Section 28 was still on the statute books, causing harm to gay students and teachers alike. And, of course, gay people were not allowed to have their relationships recognised in law. The work of Stonewall in those days was invaluable.

Its founders, including Ian McKellen, fought a very public, often personal but ultimately successful battle to bring about political change though changing hearts and minds. John Major’s government, the New Labour government of Tony Blair, and finally the Conservative-led coalition of David Cameron saw every single one of the unequal treatments of gay British people rescinded. By 2013, when the Coalition passed the gay marriage act, the battle for gay rights was essentially won. ...  Continue reading After two gunmen opened fire at a stream of passing cars on a Tennessee highway in 2003, killing one person and badly wounding another, it didn’t take long for the police to find the culprits. Lurking in the bushes nearby were two teenage stepbrothers, who quickly confessed to the crime. But it wasn’t their fault, they explained. They hadn’t meant to hurt anyone. They were simply copying their favourite videogame: Grand Theft Auto III.

Once they were put trial, this claim was taken at face-value by the victim’s family’s lawyers, who launched a $246 million lawsuit against the game’s developers, Sony Computer Entertainment America and Rockstar Games. The case, however, was eventually dismissed. Exactly twenty years after GTA III was released, the debate over violent video games can seem like yesterday’s controversy. ...  Continue reading Poland’s relationship with the EU has often been tense, but recently there’s been a turn for the worse. On 7 October, the country’s Supreme Court did something scandalous. It ruled that Poland’s constitution takes precedent over EU law.

Inevitably, Ursula von der Leyen — President of the European Commission — is on the warpath. “This ruling calls into question the foundations of the European Union”, she said, “it is a direct challenge to the unity of the European legal order.” In response, the Commission has threatened to withhold Poland’s share of the EU’s Covid recovery fund. ...  Continue reading In Italy, there is only one mainstream political party outside Mario Draghi’s coalition government — Fratelli d’Italia (FdI, or the “Brothers of Italy”). The party is surging in the polls: its support has shot up from just over 4% in the 2018 General Election to around 20% today — and there’s an excitement in the ranks that “the brothers” may, paradoxically, gift Italy its first female Prime Minister in Giorgia Meloni.

It’s a party both proud of and reticent about its political ancestry: Fdl emerged — through a number of incarnations — from the post-war ashes of Benito Mussolini’s National Fascist Party. It’s something that still causes public embarrassment, though not enough to stop FdI putting forward Mussolini’s granddaughter, Rachele, in this month’s city council elections in Rome (she received the highest number of preferential votes of all councillors). ...  Continue reading After her brutal loss to Donald Trump, and several years of keeping a comparatively low profile (including a period of weeks during which she lurked in the forests outside Chappaqua, New York, racking up rumored sightings like a sort of modern-day Bigfoot), Hillary Clinton is back: as a political thriller author.

State of Terror, co-written by Clinton with veteran thriller writer Louise Penny, represents a familiar sort of pivot for a politician who’s traded public service (and in this case, pantsuits) for the world of publishing. The story meanders through well-trodden territory — a sordid tale of corrupt bureaucrats, conniving conspiracists and an international terrorist plot to detonate dirty bombs on US soil — and features, as all books of this type do, a plucky heroine who is clearly a fantasy avatar for the author herself. ...  Continue reading When Rod Liddle was the editor of the Today programme he had the bright idea of encouraging much more religiously conservative voices onto Thought for the Day. Perhaps even what we euphemistically call “radical” ones. What did the higher-ups at the BBC think of this? Tune into Radio 4 at ten to eight to hear… someone telling us that we might be going to hell for being gay?  Inevitably, the idea came to nothing.

But you can also see Liddle’s point. If “radicals” are excluded from the public conversation, how are they ever to be drawn into dialogue – that apparently magical crucible in which hate and suspicion is transformed into understanding. Yet isn’t that precisely the promise held out by interfaith encounter? ...  Continue reading My heart sank twice last week: first when I heard about the brutal murder of Sir David Amess; and again when I started to read some of the disturbing commentary about the 25-year-old arrested on suspicion of carrying out the attack.

For many, the ethnicity and heritage of Ali Harbi Ali were wholly irrelevant to his alleged behaviour. Acknowledging that Ali is of Somali background, we were told, is racist and xenophobic. He must only be identified as British.

As someone who was born in Somalia, I find this absurd. Of course a suspect is not a murderer because he has a Somali background. But denouncing facts as racist — especially when the person in question was referred to Prevent, and police and security services believe he may have been inspired by al-Shabaab in Somalia — forces a dangerous ignorance on the public. ...  Continue reading In 1965, at the age of 14, a young man called Michel joined the Gaullist political movement — then called the UD-Vème.

In 2002, he joined the newly created UMP party and was appointed foreign minister under President Jacques Chirac. In 2015, he became a member of Les Républicains — in a gap between his second stint as European Commissioner and his appointment as Monsieur Brexit, the European Union’s chief negotiator on British departure. ...  Continue reading 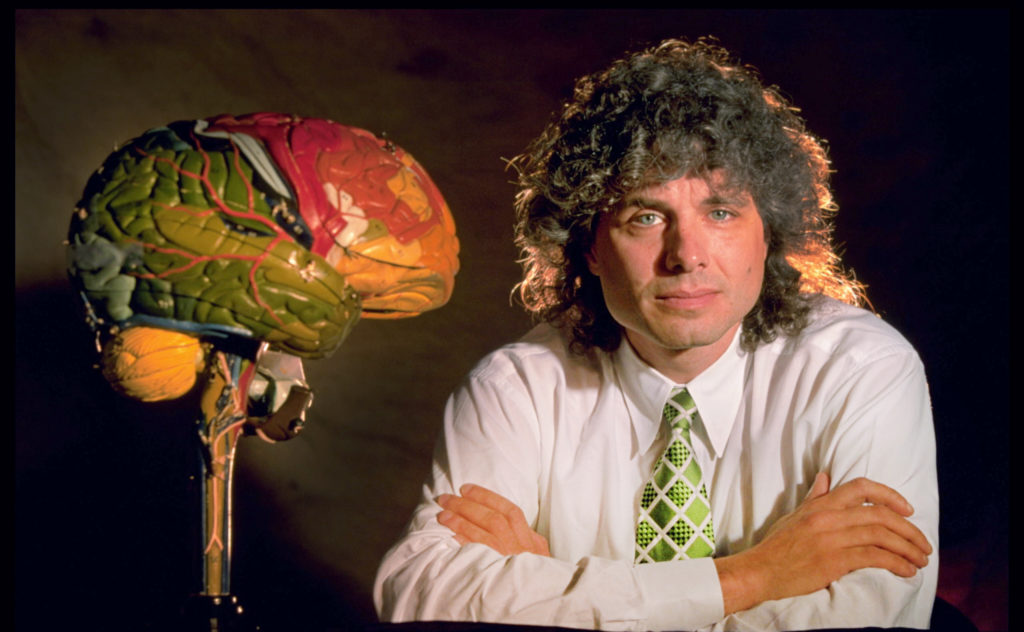 At the close of his new book Rationality, after 30 pages of references, the psychologist, psycholinguist and champion of Enlightenment liberalism Steven Pinker offers an alphabetical check-list of the “biases and fallacies” he has spent 10 chapters dissecting and despatching. More than 90 items long, this rogues’ gallery of conceptual crooks ranges from familiar rascals like the “ad hominem fallacy” to our ubiquitous social-media chum “tu quoque” — who now goes by the trendier name of “whataboutery”.

Along the way his identity parade (all guilty, m’lud) takes in hardened malefactors such as “false dichotomy”, “guilt by association” and “straw man”, in addition to more exotic wrong’uns like the “motte-and-bailey tactic” (a kind of medieval cousin to that old lag “moving the goalposts”) and — a new favourite of mine — the “Texas sharpshooter fallacy”. First you fire a bullet into the barn door. Then you paint a bull’s-eye neatly round the hole. Ta-da! Much investment “advice” comes right out of that Texan barn. ...  Continue reading