< Previous
Welcome to post-democracy
Next >
A crime wave in the poorest areas shames BLM
by Georgia Gilholy
Monday, 24
May 2021

There is nothing sexist about opposing at-home abortions

Politicians should consider the costs of this radical move carefully The government’s decision to permit at-home abortion during the pandemic, which allows women to take both pills in their own homes (as opposed to taking the second at an abortion clinic), was unwise. Not only was it taken with zero public consultation and little parliamentary scrutiny, the measure may now become permanent. Following a consultation, a decision is expected from the Government imminently.

As is often the case when it comes to any abortion-related issue, opponents of the change have been accused of anti-woman prejudice. According to Ella Whelan, there is:

A hangover of a historic fear of women’s independence, and a sexist denial of women’s rational capabilities, has meant that contraception and abortion provision is restricted in the name of protecting women from themselves.
- Ella Whelan, Spiked

Leaving aside the fact that women are slightly more ‘pro-life’ than men, it is both patronising and inaccurate to claim that sceptics of at-home abortion, many of whom are women in highly qualified medical professions, are ‘denying’ women’s rational capabilities.

When one acknowledges the reality of this scheme, one wonders why there are not more healthcare professionals expressing concern over the measure — despite the fact that the majority of GPs have indicated serious concerns when surveyed on the issue.

It is, for example, impossible to estimate a pregnancy’s gestation over the phone. As of December 2020, there were at least 52 cases reported to the Department of Health and Social Care of women who used pills-by-post beyond 10 weeks gestation, including a case where the pregnancy was a month on from the legal time limit.

What’s more, the process is not as simple as women having to pop a few pills and leaving it at that. Around three in 100 medical abortions of up to nine weeks’ gestation require a surgical abortion, and this figure rises to seven in 100 for gestations of nine to 10 weeks.

While the in-person process is, like any medical procedure, far from risk-free, severe issues are more likely to result if abortions are undertaken without the minimum of a preliminary examination to diagnose accurate gestational age and identify issues such as ectopic pregnancies.

Of course, we must not deny women’s agency on this issue, but nor is it in our interest to relentlessly expand abortion access when it is at the expense of our own safety.

Indeed, a staggering 7% of British women have been pressured into an abortion by their husband or partner. This kind of abuse is far likelier to go unchecked if no face-to-face appointments are required.

Polling on this issue is clear: it shows a high degree of public concern over at-home abortion. Should the Government wish to enact the most radical change to abortion law since 1967, it should think very carefully about the consequences before doing so.

A brave article, thank you.

The ‘My Body My Choice’ thing is one of those utterly false sound bites.

Once the two gametes join to form the zygote the genetic makeup of the ‘fetus’ is his and her bodies.

The feminist slogan needs to be truthful, ‘Our Bodies. My Choice’. That woman are given total freedom to kill the man’s child without his input is remarkable.

Since 1980 there have been an estimated 1,615,907,000 abortions, close to two Billion abortions. That’s a lot of dead babies. To a Liberal that’s a lot of positive actions, freeing woman from whatever it was they did not want – although a fairly high numbers of them were forced – check out https://worldpopulationreview.com/country-rankings/abortion-rates-by-country to see who has them, USA and UK are right there in the pack of highest, along with Kazakhstan, Belarus, China, Bulgaria, Russia.
Back around 1978 I was hanging around some drunk PhD Philosophy students and for some reasons they were telling dead baby jokes, I always remembered one: “what is the difference between a ton of bricks and a ton of dead babies?” Answer, “You can’t move a ton of bricks with a pitch fork.”

Tell you what, Mr Artzen.
The day that it is possible to transplant a fetus into a man and have you raise it within your body is the day you can tell a woman what to do with that fetus. If she doesn’t want the kid, but you do, then get the fetus on up in yourself.

Thanks, Georgia. The concern is genuinely a medical one and not ethical. I find Ella is usually very good in her analysis of things but with abortion rights she makes no allowance for any criticism whatsoever.

The author writes,”a staggering 7% of British women have been pressured into an abortion by their husband or partner.” “Pressured,” eh? And what do you call it when “my body, my choice” results in 20 years of child support payments for another person who does not make the same choice for himself?

Exactly right. Men need to have the option of choosing not to become parents, just as women can, by opting out of fatherhood before the baby is born.

That would go a long way towards real gender equality.

This topic is of course a mixture between medical and social issues. When talking about medical issues we tend to think technical, sadly, what about the women-person involved, the human support she needs? (apart from the pure clinical-medical-technical support)
It is about time that in every medical discussion we start to see medicine being both a science and an art:
https://www.thelancet.com/journals/lancet/article/PIIS0140-6736(19)33145-9/fulltext

The decision to have an abortion should always be the woman’s choice, preferably after discussion with and agreement of her partner. Once we get past Covid restrictions and in person doctor’s visits are once again permitted, the dispensing of the pills could be arranged after the doctor has confirmed the date of conception if required, which would address one of the author’s points.
The percentage risks of 3% and 7% are quite low for complications and indeed, it is likely that similar percentages would apply without the pills at all – pregnancy is, after all, a very dangerous physical process for women – so shouldn’t put women off if they really don’t want to have a(nother) baby. If something goes wrong then I don’t think anyone is suggesting that administering the pills at home means that they can’t go to hospital.
In short, this article seems to be a thinly veiled objection to any kind of abortion, full stop. The method is immaterial to the author’s real views.

Probably there are some legitimate concerns. But the fact that the article is so one-sided inevitably suggests that the author is simply against abortion generally, and is grasping at every available straw instead of saying so forthrightly. I can’t respect that.

Its pretty comical isn’t it.

So, another expert who doesn’t trust women, ho hum…

Perhaps it will catch on with other proceedures? Can’t get to the hospital for that hip replacement, a pack containing full instructions and tools and a willing amateur. In the pre-1967 novels the illegal doctor started the proceedure , then the girl went home in a taxi & if it worked she phoned a doctor & said she’d had a miscarriage. Of course if it didn’t work she bled to death-happy days?

Pre-1967 time women had no choice and the results were appalling. Covid restrictions made giving women even more options necessary – I support the increase in the range of options that a woman has. I do not wish to see self-administered medication as the only option.

Even if a medic is watching the woman self medicate via zoom they can’t get there if theres a problem & as been stated some women don’t know how advanced their pregnancy is. Also having such dangerous medication in the house means a danger to children & pets. 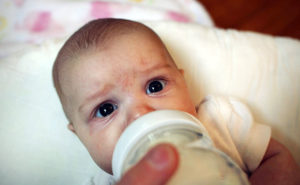