< Previous
Salman Rushdie won't be the last
Next >
Climate change is not making children obese
by Henry Hill
Monday, 15
August 2022 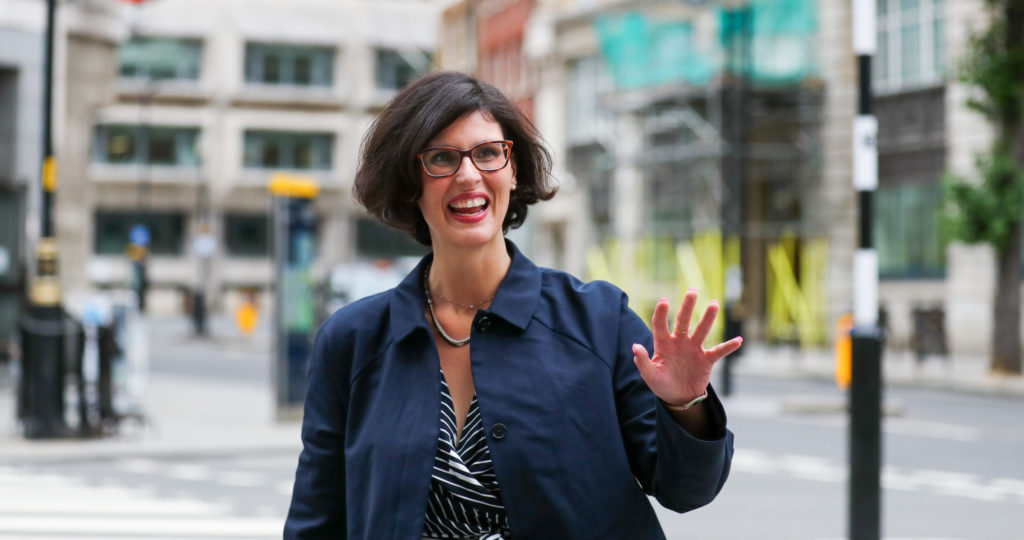 She doesn’t like reservoirs. Photographer: Simon Dawson/Bloomberg via Getty Images

As decades of infrastructure under-investment come home to roost in the United Kingdom a new light is being thrown on the Liberal Democrats.

You might have seen this video of Nick Clegg, then leader of the party, dismissing nuclear power in 2010 because it wouldn’t come on-stream “until 2021, 2022”.

Then there is Layla Moran, the MP for Oxford West and Abingdon, who has the distinction of having been a proud and very vocal campaigner against a new reservoir in a part of England where villages are starting to run out of running water.

It’s the usual grim story: residents fighting tooth and nail against the planned reservoir on the basis of “no immediate need”, failing to account for the possibility of future need. Water companies are easy to demonise, but Thames Water has been trying to get ahead of this problem for more than ten years.

But it’s far from the only one. Back in 2018, Bristol Water scrapped plans for a new reservoir which had received approval in 2014. In Scotland, local councillors vetoed a reservoir tied to a major hydro-electric power scheme. What all this adds up to is that the UK hasn’t built a new reservoir in over thirty years.

It is easy to blame local government, and as with housing and so much else they do have to shoulder their share of responsibility. But the ultimate responsibility for supplying vital national infrastructure lies with the national government.

Westminster has the power to make the Abingdon reservoir happen. The Planning Act 2008 includes a scheme giving central government the power to determine planning applications for ‘nationally significant infrastructure projects’, including reservoirs over 30 million cubic meters (Abingdon was slated to be 150 million).

The Conservatives have been in power in one form or another since 2010, and unburdened by the Lib Dems since 2015. Yet rather than using Parliament’s powers to get things done, they have left it to local councils, and their most NIMBYish residents, to decide the fate of major projects.

‘Making sure the taps work’ ranks even lower than ‘making the trains run on time’ or ‘catching burglars’ in Maslow’s hierarchy of citizens’ expectations which the Government is increasingly failing to meet. No volume of tax cuts is going to sell the public on a Government presiding over a country which simply doesn’t work.

In fact, by failing to ensure the basics the Tories risk discrediting that whole approach. Voters may not like paying taxes, but the most persuasive case for paying higher taxes is public services and infrastructure obviously failing.

Of course, this isn’t a spending problem: the money is there, Thames Water wants to build. All that’s needed is for our next prime minister to grasp the nettle and authorise the Abingdon Reservoir — and any others stuck in the pipeline. With just an effort of political will, they can at least make the drains run on time.

Un-balanced deference is being shown to vocal minorities of the ‘Know Betters’ on most subjects nowadays and thus real-world ignorance is growing as we cannot discuss so many subjects. All aided and abetted by the appallingly weak politicians that we are now experiencing in power. A classicist in charge of energy being only one example of total misfits. The Labour front bench holds no stars either so we are totally &^%$*£(insert one’s own verb).

We should limit net immigration* to 50% of the number of new houses built in the previous year. So 2022 should be around 88k rather than 250k.
After a few years, that would match the size of the population to the capacity of our infrastructure and inelastic public services – GPs, hospital beds, primary school places etc.
*(I would not include students or seasonal agricultural workers in the total as long as this is policed properly and they go home once they finish their studies or seasonal work).

Far too sensible to be even considered.

The worst example is fracking.
The gas reserves are proven; the price of gas is through-the-roof; the argument against over-reliance on other countries is compelling; the technology thoroughly tested in the US; the expertise is right here in the UK; the investors are poised; the locals can be squared away with a little imagination and £££.
All that is needed is a bit of steel from central government when the “local” opposition gets going.

Is it very unkind of me to mention that Layla Moran looks exactly like she stepped out of a Gary Larson “Far Side” cartoon?

Not really. It’s the fault of the photographers. They tend to pick the most embarassing shots just for fun.

Phew. For a moment there I thought the government had been getting something done over the last twelve years.

No chance of that, now that we are ‘enjoying’ the Corona Dividend.

The problem with the Abingdon reservoir is its design and size. Yes there are a lot of nimbys in this area who don’t want any change. But the proposed massive tank would have six metre high walls next to roads and villages, and be six square miles or more in area. Why not have something a bit smaller, set back from the road, a bit less destructive of local beauty, but still holding plenty of water? That might get a few more people with common sense on board?

To be honest, I live near a large bunded resevoir in berkshire – walls are 20m high and you don’t really even notice it unless you are next to it. 6m is fine. This is just plain nimbyism.

Probably because the Steventon reservoir would service people in the Reading area and not locally. How dumb however that Politicians will bounce through Mega Estates without a thought of where the extra water needed comes from. Moran and her Party at Oxfordshire County Council are more concerned with driving people off the roads than Reservoirs.

Or you know, it needs to be big because it needs to hydrate an ever growing population in a particularly densely populated region and we haven’t built a reservoir since the year I was born while the population has gone up by over 10 million people since then.

Why can’t we copy old ideas – Istanbul, if my memory is correct, has a huge underground reservoir with massive biuldings on top. Think of the double use of that space – helping solve two problems at once.

It is worth noting that reservoirs aren’t just there to provide water in times of drought, they also provide a sink to capture water in times of flood. Abingdon suffered a lot of flooding a few years ago (in 2017 I think), so the local nimbys ought to at least recognise that the proposed reservoir was there to protect them as much as it was to provide water for the wider Thames area. If I were a local resident, I would be a little bit cheesed off if more flooding occurred as a result of not building this reservoir (which is a real risk as there is a current thunderstorm warning for this area following a long period of dry weather).

That wouldn’t apply in this case – the reservoir will have to be filled by pumping like the Queen Elizabeth reservoirs. Actually I’m not so sure the water company really does want the reservoir – a lot of hassle when they probably are quite happy with the income stream as it is. And there’s always global warming to hide behind if things go pear-shape for a week or two.

I don’t think pumping is a problem. There are scores of pumping stations along the Thames that operate during storm conditions, although admittedly the vast majority of them are incorporated into the sewage system to screen out the debris from floodwater before it is pumped on to the sewage treatment works or, in extreme storm events, dumped into the river. The same technology can be used to charge reservoirs.
I take your point about the water companies being very likely happy with the situation as it is, but what about the Thames Tideway project (or London’s ‘super sewer’)? With construction over 10 years or so (the design started 20+ years ago), it is nearly complete and has cost billions of pounds (inevitably to be clawed back from the consumer via their water bills). They did this because it was demanded by successive governments (Labour and Conservative) to stop the dumping of raw sewage into the Thames. The sad truth is that our Government (whichever party is in control) views the protection of aquatic life against environmental impacts as a priority worth spending billions of pounds on, but has considered the security of our drinking water supplies (despite a rising population) and flood control as unworthy of investment. Which kind of bears out the main argument put forward by Henry Hill – it is lack of political will that is holding us back from solving these problems.

Sure, it’s a bunded reservoir but actually it’s not really hard up against any villages or towering over anything much. Visit the area on Google Streetview. It’s west of the A34 and between Marcham to the north and the GW main line to the south; a bit of a no-man’s land and not readily accessible. The one road across it could be realigned closer to the railway and incorporated into the bund. Rather unusual for this neck of the woods to find such an empty (as far as human habitation is concerned) patch of territory. It’s lately become a magnet for field-scale solar panel installations so presumably not of the best as regards food production.

Thames Water sold 26 reservoirs to private property developers during their tenure, I recall…

I believe that a number of small reservoirs have been closed while none have been built. The excuse is that they are uneconomic, but I guess that is in comparison with the proceeds of development land. I assume that some will be covered, so immune from evaporation.
This proposed reservoir will be created on land acquired at agricultural values, so a good exchange for those mentioned above, and the fact so large presumably encourages opposition, while that opposition means that it doesn’t actually get built, with a good excuse for not doing so.
Am I being too cynical?
The end result is that if reservoirs are closed (for whatever reason) and new ones not built (for whatever reason), we have reducing reservoir capacity alongside ever-increasing population.

Ah, yet more reasons why we simply must defend and bolster our democracy, because it works soooooo well…..

How many days’ leakage would it take to fill one of these reservoirs? Would dealing with the wastage be as cost- and resource-effective as the grand building projects? Or does the flood storage argument trump that? I would expect there to be some political debate about these major infrastructure issues, but alas it’s all just pantomime clickbait for the masses.

Last time I looked there appeared to be rather a lot of water flowing uselessly out to sea in the Thames, Severn, Humber….?

Not uselessly- remember that the sea tends to evaporate (ok it’s complex) and then rain the stuff down again over the land, so there’s a bit of a useful cycle going on.