Victory in Saturday's game can help to unify a divided nation Ukraine fans need this much more than Gareth Southgate does. (Photo by Robert Perry – Pool/Getty Images)

After an extra-time victory against Sweden in the European Championships, Ukraine finds itself in its first football quarter final of its short 30-year history. As celebrations from the Kyiv supporter area illustrated, Ukraine is clamouring for a unifying national moment.

Ukraine held the European Championship in 2012. Back then, the country enjoyed relative stability, albeit under Russian influence. Much has changed in the nine years since. While the Minsk accords, on paper, appear to have laid the foundations for a comprehensive ceasefire in Ukraine’s turbulent east, fighting rages on as Ukraine seeks to reaffirm its national identity in the face of Russian pressure, and the challenges of its complex demographics.

Ukraine’s political problems have accompanied them onto the pitch. Russia is buying political influence across the European Union (especially in Germany) in its attempts to firm-up its investment in the gas mega project, Nord Stream 2. The Ukrainian team may have defeated Sweden, but they did so to the backdrop of Russian gas monopoly Gazprom’s advertising, which encircled Glasgow’s Hampden Park stadium.

Further progression in the tournament would serve to bolster Ukraine’s tentative post-revolutionary national identity, which has become increasingly reliant on the linguistic and cultural revival of Ukrainian traditions. While nation-building has been successful in Western and central Ukraine, Russian influence in Eastern Ukraine has split society along old divides. The result of this has been a conflicted national identity, political dissent, and full-scale rebellion.

One region anxiously awaiting the result of Saturday’s clash will be the Donbas. Situated on the frontline of the conflict with Russian-backed separatists, the Donbas has suffered during the war. Culturally Russian, but witness to the carnage brought to the region by pro-Russian separatists, it is here that a new Ukrainian identity is being formed. Euro 2020 success will help, if nothing else, to tie this tumultuous region to the new Ukraine.

I spoke to one resident of Donetsk Oblast in the Donbas area, Oleksiy Petrov, who warned against pinning too much hope on Ukraine’s Euro 2020 experience easing ethnic tensions in the region. “I don’t think that the Ukrainians in Donbas are against our national team,” he told me, “however I don’t think that we should overstate the support they’re getting in Russian-held territories.” Russian media has suppressed news about Ukraine’s successes on the pitch, removing the matches from TV guides.

Oleksiy, like most of the residents of Donbas, is a primary Russian language user, but has nonetheless observed a positive effect. “I watched the match in a bar owned by someone who left Crimea. His bar, a favourite for many who have resettled from the East, had a really special energy, radiating from even those who aren’t particularly interested in football,” he recalled.

Regardless of the outcome of the match in Rome, the progress of Andriy Shevchenko’s team is another significant moment in Ukraine’s post-independence history. Despite the influence of Russia, Ukraine has shown that it can rally some nationalistic spirit in Russian-speaking communities along its eastern border. For this fragile country trying to unify, sporting success can mean a lot.

Judging by the lively comments, footballing success doesn’t mean anything at all.

A shrug of indifference sweeps through the comments pages like the world’s most apathetic Mexican wave.
Hey ho.

Interesting article, written without excessive partisanship which is refreshing. I feel Ukraine has been badly let down by idealistic Europeans holding out the prospect of EU entry/convergence only to back away from any real support when Russia inevitably and violently objected. I hope the success of the team in reaching the quarter-finals does help the nation-building which is needed if cultural Ukrainians and cultural Russians are to share a happy Ukraine homeland. As in most conflict zones, it would probably be best if outsiders left those directly involved (which however regrettably has to include the Russian government) to come to some messy but workable compromise, so that stability and prosperity can follow. To my mind, if Russia could agree to mainland Ukraine being free from Russian overt and covert subversion, then Ukraine might be able to agree to recognise Russian rule in Crimea – and fewer people would die. As in Ireland, arrangements for relatively free movement of people between the two countries could help make peace last.

What’s been most welcome is the unstinting support and goodwill from Scotland for England’s successful progress.,

America needs to calm down

Why I didn’t want children

Who is Germany preparing to fight? 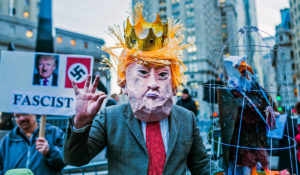 America needs to calm down Why I didn’t want children Who is Germany preparing to fight?