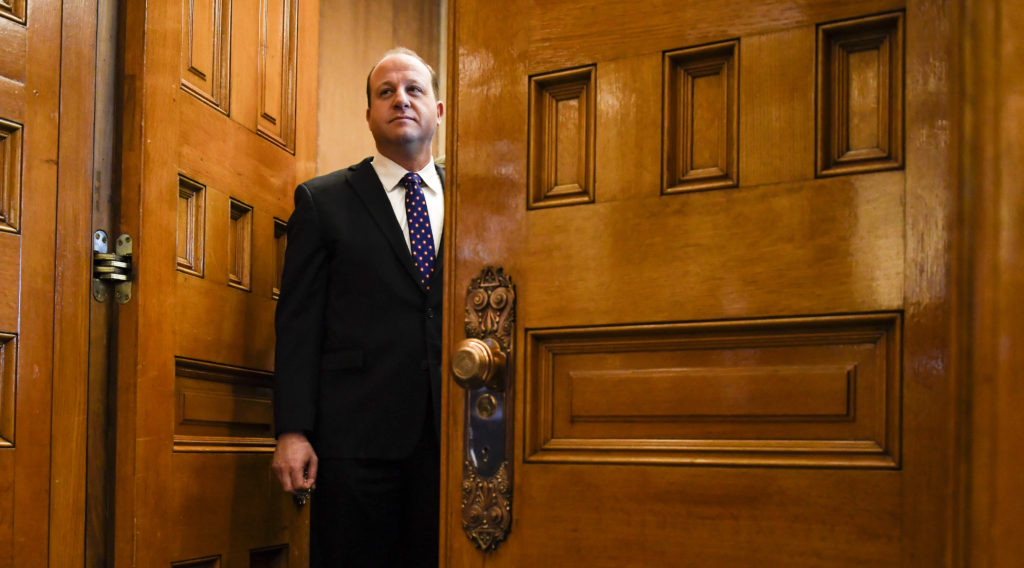 By most accounts, Jared Polis is an unusual man. For one, his name is Jared — a name not not typically associated with the upper echelons of American politics. As Colorado’s first Jewish and openly gay governor, he is a Democrat, but also a libertarian who supports gun rights, abortion, weed, and even Bitcoin.

This makes him an awkward figure in Democratic circles, made all the more so by his distinctly apolitical approach to Covid. During the pandemic, the governor pursued a path that was neither ‘let it rip’ or micromanaging mask-enforcement. He refused to implement mandates in the face of a surging Omicron variant (when its relatively benign nature was still unknown) and resumed in-person schooling quicker than most states. As he told a Colorado public radio station last year, the ‘medical emergency’ phase of the pandemic had passed. “Public health [officials] don’t get to tell people what to wear,” he said. “That’s just not their job”. ...  Continue reading

Oren Cass: the fight is over on the Left

Like the Labour Party, the Democrats have given up on the working class The Democrats and the UK’s Labour Party have a long and intertwined history — something Joe Biden himself can personally attest to. Their recent electoral outcomes may have differed, but both have been going through a similar kind of identity crisis: two historically working class parties drifting from their base. It is a problem recognised on both sides of the Atlantic, but what are leaders Joe Biden and Keir Starmer doing about it?

According to Oren Cass, former political advisor to Mitt Romney who spoke at the Onward and Create Streets’ ‘Restitch’ conference in London, the President has effectively given up on trying to reclaim the working class. Asked by the BBC’s Justin Webb about the division between “those interested in identity versus those who believe in place and the dignity of labour?”, Cass responded: ...  Continue reading

The Squad nowhere to be seen as Ukraine package sails through

AOC, Ilhan Omar and others have been curiously silent on the issue

It passed in the House by 358 votes to 57 and would have sailed through the Senate unopposed were it not for a single Republican dissenter. The $40 billion foreign aid package to Ukraine — the second and largest aid package proposed by the Biden administration — nearly shuttled through Congress at a speed not seen since the New Deal era.

In a pre-Ukraine, post-9/11 era, this level of bipartisan support for a foreign aid bill of this size might have roused some apprehension, not only from the Trumpist nat-cons or Libertarian Right, but from the anti-war Left too. And yet, members of The Squad, the Democrats’ most prominent progressive group in Congress, have been curiously silent on the issue.  ...  Continue reading

What’s going on in Quebec?

The French Canadian province has gone in an increasingly authoritarian direction Never fully in but never fully out, Quebec has always had an awkward status in Canada. Fiercely protective of its French identity, it has long flirted with separating from its anglophone motherland  but, a bit like Scotland, the support was never quite there. Also like Scotland, it has, throughout the pandemic, tried to flex its (limited) autonomy over health policy by consistently pushing for more restrictions than the national government.

The announcement of a ‘health tax’ in Quebec for the unvaccinated (at least C$100), followed by a decree that only vaccinated Quebecois could access the province’s liquor and cannabis stores, has drawn this point into sharper focus. These measures are just the latest examples of an increasingly authoritarian attitude towards Covid, but they are not the most severe; at the height of the pandemic in 2020, the Premier Francois Legault passed Bill 61, a highly controversial piece of legislation that sheltered the Government from oversight and limited parliamentary discussion on new projects to just one hour.  ...  Continue reading Countless media articles in recent days have attempted to portray Novak Djokovic as a bone-headed anti-vaxxer or a whimsical voodoo nutritionist. But the complex pyramid of beliefs that he espouses is deeply held and began long before the Covid era.

It is well known that the young Djokovic narrowly avoided NATO bombs falling out of the sky during the Kosovan war, but perhaps more salient is how his response to the lingering communist mindset in Yugoslavia shaped his attitude towards authority. As he writes in his nutrition guide-cum-memoir, Serve to Win, in communist Yugoslavia there was “ only one way of doing things”: ...  Continue reading

Adam McKay used to be one of America’s finest satirists. He won several Oscar nominations for his darkly comic The Big Short about the 2008 Great Recession and excoriating portrayal of Dick Cheney in Vice, which were both powerful critiques of how ordinary Americans can suffer from elite crises.

The shift has become all too familiar, but his latest film Don’t Look Up (a heavy-handed attempt at raising awareness about climate change) goes long on activism and short on satire. The film’s laundry-list of targets is reduced to half-baked caricatures that are all too rarely relieved by moments of genuine humour.  ...  Continue reading Instead, of “laying low” as Rittenhouse suggested he would do, the 18-year-old has been working the Right-wing podcast circuit hard, answering questions about his virginity (or lack thereof) and telling Lebron James to “fuck off”. This week, he entered the Wrestle-mania phase of his celebrity as he arrived at a young conservatives conference to personalised theme music and hundreds cheering his name. Welcome to America in 2021. ...  Continue reading

Green shoots of common sense at the New York Times

Is the Gray Lady aiming to produce more balanced content?

To understand the mindset of liberals in America, it is always worth reading The New York Times. As traditional liberalism gave way to its more identity-centred successor, there followed a discernible shift in the language, editorial direction and content of the paper.

But the NYT’s drift towards ‘wokeness’ seems to be slowing down in recent months. In fact, green shoots of common sense are starting to emerge, such as the hiring of John McWhorter, a heterodox thinker who in his newsletter has criticised various liberal shibboleths like critical race theory, identity politics and systemic racism. Other well-known columnists have been taking more liberal-sceptical positions too. Michelle Goldberg, for instance, is one of the most reliably progressive columnists in the blue media ecosystem. Yet even she — especially over the last couple of months — has published pieces in favour of free speech, criticising sex-positive feminism and, just this week, lambasting the ‘absurd side of the social justice industry’.  ...  Continue reading