I distinctly remember the first time I met James Alison. For a number of years I had been recommending his brilliant book The Joy of Being Wrong to students when I was teaching at Oxford. It is still my go-to book on why the doctrine of Original Sin is such a generous and forgiving idea.

But despite having admired his writing, we had never met. On the back cover of the book is the photo of a tall thin man with big sticky out ears. I imagined him as a bit geeky, shy, awkward. And then, after some correspondence, we met. He came to my house in Putney, and the moment he walked in I realised I had imagined him all wrong. He has that bearing — common among old Etonians and very posh people — that takes up all the space, that pulls in attention from every corner of the room. It is close to arrogance, but it is not the same thing. For want of a better word I will call it presence. ...  Continue reading

WATCH: The Christian case against ‘morality’

In August it will be Happy Birthday to BBC Radio 4’s The Moral Maze, thirty years young. Some people love it, some shout at the radio. But, because it is often pretty combative stuff, usually people have a view about it. The idea is to stress test certain moral formulations about topical issues with robust debate. And panellists, past and present, have not been shy in expressing themselves. Michael Gove, Claire Fox, Michael Mansfield, Melanie Phillips, Andrew Doyle — most of us could start a fight in an empty room.

The way the programme is structured encourages the panellists to adopt sharply contrasting positions. That makes for livelier debate. But I often find myself ambivalent about many of the topics we discuss — and not because I do not know what I think, or that I am in two minds about it. No, I have come to realise that it is often because I have some basic issues with the very structure of what we call morality. And I suspect my ambivalence has something to do with the surprising ambivalence that Christianity — especially in its more Protestant formulations — has about morality. ...  Continue reading

What has human sacrifice got to do with Twitter? Ask René Girard

What has human sacrifice got to do with Twitter? Quite a lot, in fact. As Geoff Shullenberger explains in a fascinating article in The Tablet this week, the social mechanisms that informed human sacrifice are remarkably similar to those that are being used on social media platforms like Twitter.

Ok, on Twitter no curly dagger is pressed into the breast of an innocent victim. But, as Shullenberger explains, in theoretical terms, the biggest difference is that whereas ancient sacrifice had the social purpose of establishing human solidarity, on Twitter the collective digital pile-on is a part of the very business model of the platform. ...  Continue reading

The Hagia Sophia is for prayer, not pictures

When it was built in 537, Hagia Sophia — Greek for Holy Wisdom — was the largest building in the world, not just the largest church. For roughly the first thousand years of its life it was a place of Christian worship, sending prayers upwards to the living God. In 1453, after the city fell to the Ottoman invaders, it became a Mosque, and was so for nearly five hundred years, again sending prayers to the Almighty. In 1935, the secular Turkish state turned it into a museum, and the prayers stopped.

Now I am no particular fan of Turkish leader, Recep Tayyip Erdogan, but when it comes to his desire to return this once holy place back to a mosque, I cannot but applaud. There will be those — Greek Orthodox Christians especially — who would prefer it to return to being a Cathedral. Of course, that would be wonderful. But it is never going to happen in a country where Christianity represents a vanishingly small percentage of the population. And so that aspect of the argument is something of a distraction. ...  Continue reading

Digging up King David in the Israeli mountains An extraordinary long read in The New Yorker digs into the complex and controversial world of Israeli archaeology. A bit niche, you may think. No, not really. For Ruth Margalit compellingly demonstrates that what is at stake in the dusty pits of the Israeli countryside is not only Israel’s own widely cherished narrative about where it came from, but also the empirical truth of the Bible itself.

In Israel, archaeology is the most sensitive and political of activities. After all, the claim made to the land of Israel is partly premised upon the belief that God gave the title deeds to the Jewish people in perpetuity. And as the Netanyahu government prepares to annex large swathes of the West Bank, religious conservatives are anticipating the fulfilment of the Biblical promise. ...  Continue reading

The C of E has forgotten the power of the parish 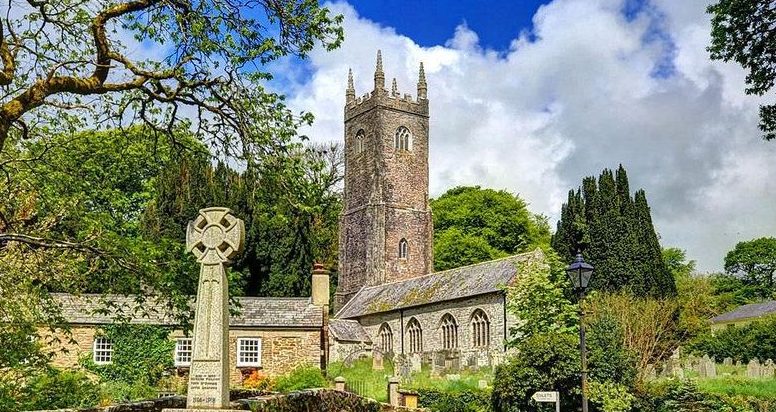 Yesterday, for the first time in months, I opened the doors of my church to local people that want to come in here for private prayer. After what feels like an age, the green shoots of church life are beginning to re-appear. And many of my church people are excited at the thought of coming back. It has been a great sadness to me that at precisely the moment when many people have been limited to their locality, the Church of England decided to re-invent itself as some internet phenomenon, transcending the confines of place.

This could have been an opportunity to re-discover the importance of location, and of the need for, and joy of, the steadying comfort of human rootedness. Instead, it became just another one of the church’s many ‘initiatives’. In church speak, these are called “fresh expressions” — a phrase that sends the chill wind of a dementor’s presence down the spine of many a parish vicar. ...  Continue reading

Netanyahu’s trial is a test of Israel’s democracy With sitting Israeli Prime Minister Benjamin Netanyahu eventually in the dock facing what could be a year-long trial on charges of corruption and fraud, the justice system in Israel has once again shown itself to be a credit to its country: fiercely independent, neither bowing to threats from government, nor setting itself up as a mechanism for campaigning opposition.

For years, the charges against Netanyahu have been delayed from coming to court so that a trial would not interfere with the fair passage of elections. This may have been frustrating, but it allowed the democratic process to run its course. But neither have the courts been dissuaded in the face of considerable political pressure from doing their duty and bringing credible charges before the judge. ...  Continue reading

Apocalyptos miss the heart of the Christian story When Californian Bradley Garrett started doing the research for “Bunker: Preparing for the End Times” — due out this August — he could hardly have imagined how prescient it would be. What was researched as a niche subcultural activity of a few strange evangelical Christians and others, locking themselves away underground, preparing for the end of the world, has become more pervasive than anyone ever thought possible.

So how fascinating to be offered a glimpse into the lives of those who take lock-down to the extreme — those who make their homes in disused nuclear weapon silos, hundreds of feet underground; those ‘preppers’ preparing for the collapse of civilisation, hoarding guns and larders of tinned food. In Kansas you can buy the whole floor of a Survival Condo for $3 million, which offers five years of self-sufficiency underground, for when the end times begin. All this is quite a few stages past wearing a flimsy face-mask as you tentatively make your way over to Tesco to stock-pile your monthly bog-roll. ...  Continue reading