< Previous
Merlin Sheldrake: the philosophy of fungi
Next >
Full employment is making a timely comeback
by Tom Chivers
Friday, 11
September 2020

The paranoid style in vaccine science 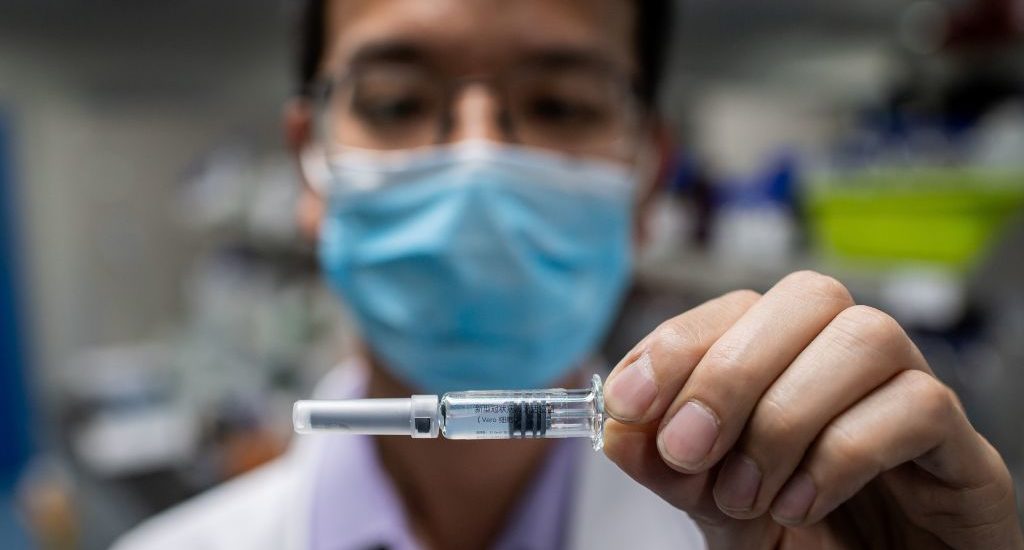 As I may have mentioned, I’m taking part in the Oxford vaccine trial. As I predicted at the time, sticking a big stick up your nose and against your tonsils every week for a year is deeply unpleasant, but I am willing to make these sacrifices for the common good.

A few weeks after I had the vaccine, I was asked to come in again. They’d established that a second, booster dose had led to an improved immune response, so they offered one to anyone who wanted it.

(Of course, I may have had the control dose, a meningitis vaccine; if so, I’ll have had it in the booster shot as well. Since it’s double-blind, the doctors and nurses administering wouldn’t know either, but it has to be the same as the first or the whole trial gets buggered up. It feels like a logistical nightmare, but it’s probably got some simple system.)

It’s in the news that the trial has been halted after a participant developed transverse myelitis, an inflammation of the spinal column. So I wanted to write about this, because when I went in to have the booster shot, I also had to sign a whole new consent form. The new form said this: “[O]ne volunteer in the trials of ChAdOx1 nCoV-19 developed neurological symptoms which caused the study to pause while a safety review took place. The volunteer was later diagnosed with an unrelated neurological illness.”

That is, they got everyone on the whole trial — 10,000 in the UK alone — to sign a new consent form, because someone had developed a nerve condition which they already knew had nothing to do with the vaccine.

If you have 10,000 people and follow them for a year, some number of them will get ill. One of the most widely known risks of vaccinations is Guillain-Barré syndrome, which — very rarely — can be triggered by vaccinations. But I think there’s about a one in five chance* you’d see it just by fluke in a randomly selected group of 10,000 people in a year. That would definitely pause the trial, but it’s more likely than rolling a 1 on a D6.

It may turn out that the transverse myelitis is something to do with the vaccine (although I’d expect not) and if so that may affect the risk-benefit calculations around the vaccine (although I’d expect not very much). But what it definitely does tell us is that vaccine scientists are conscientious almost to the point of paranoia and that vaccines are in fact extremely safe as a result.

*note for nerds: the actual risk is 0.4 to 4 per 100,000 per year, depending on age. I’ve roughly assumed that’s an average of 2ish. That’s an average of 0.2 per 10,000 people per year: using a Poisson distribution calculator we can see that you’d see a case about once every five years. (In an earlier version of this paragraph, I got the answer right but the maths wrong, and since I’m writing a book about getting numbers right in the news, I felt I ought to admit that.)