< Previous
Oxford students are going back to the dark ages
Next >
Five ways Labour can make Brexit work
by Leon Hadar
Friday, 2
December 2022

Will the Democrats turn their back on Israel? 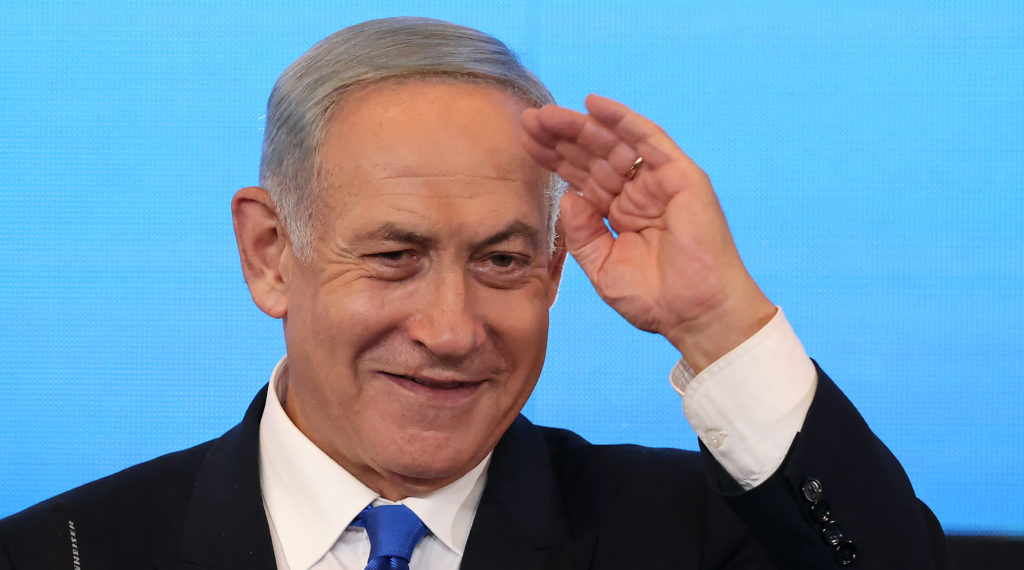 Benjamin Netanyahu’s return to office should come with few surprises to those in Washington. The Prime Minister is a known quantity, and he has maintained close political ties with President Biden since the time had served as a Senator and later as a Vice-President.

But those who are joining Netanyahu in cabinet aren’t as well-known. In addition to his own centre-Right Likud Party, Netanyahu’s coalition would consist of representatives of ultra-Orthodox (“Hardi”) religious parties who are expected to demand more government assistance to their religious schools. They also want to impose religious rules on Israel’s secular majority, like segregating men and women in public events and not permitting gay pride parades in Jerusalem.

The government would also include two hard-core religious-nationalist parties, namely Otsma Yehudit, led by Itamar Ben-Gvir, who in the past has faced conviction for racist incitement against Arabs and support for terrorism (as well as anti-LGBT activism). There is also the Religious-Zionist party headed by Bezalel Smotrich, a long-time advocate of annexing the occupied West Bank to Israel and of “transferring” or expelling its Arab inhabitants.

Bibi’s partners may therefore cause Joe Biden a few headaches. If as expected, the new coalition agreement gives Smotrich control over the Civil Administration (which is in charge of approving construction of Jewish settlements in the West Bank), he could use his power to expand Israeli presence in the occupied territories and make life miserable for the Palestinians. This could lead to confrontations with the White House and the Democrats in Congress as well as with its Arab partners.

Netanyahu insists that he would remain in charge of navigating Israeli defence and foreign policies. This would supposedly allow him to maintain the current status-quo in the West Bank and prevent diplomatic tensions with Washington. But that in turn could lead to clashes with his Right-wing partners in the coalition and lead to a possible collapse of the Government.

The good news for Netanyahu is that, with or without Trump, the GOP continues to be backed by a powerful base of pro-Israeli Evangelical Christians. What’s more, all the major figures considering running for president in 2024, are staunch supporters of Israel. Governor Ron DeSantis, a GOP favourite, even told an audience of Republican Jews that he believes that the West Bank, known by its biblical names, Judea and Samaria, should become part of the Jewish State.

The bad news for Netanyahu and Israel is that members of the old guard of the Democratic party, represented by Biden, is leaving the stage. They are replaced by a new generation of political activists — millennials, African-American, Hispanic, Muslims — whose attitudes toward Israel are at best ambivalent, and in some cases, hostile.

The Democratic party is now becoming less dependent on the electoral and financial support from American Jews, whose numbers are shrinking anyway. Many members of the new electoral base of the party see Israel as a European outpost in the Third World, and Israelis as oppressors of non-white “indigenous” Arab population.

A recent Gallup poll indicated that, at 43%, support for Israel among Democrats are at the lowest level in years, and that the sharpest decline in sympathy for the Jewish State has been among those identifying as “liberal Democrats” with nearly as many of them sympathising with the Palestinians (38%) as with Israel (41%). Young Democrats, African-Americans and Hispanics are among the least supportive of the Jewish State.

Netanyahu’s policies aren’t directly responsible for this erosion of support for Israel. But the new PM has the responsibility to at least try to build inroads into the changing Democratic Party and its rising electoral consistencies. He needs to persuade them and other Americans that Israel remains a vibrant liberal democracy and wouldn’t turn under his leadership into an ethno-theocratic state. In addition, he should state clearly that he continues to support the two-state solution that would include Israeli withdrawal from the West Bank.

From that perspective, trying to rely on Republican congressional support in order to counter possible Biden Administration’s opposition to changes in the status-quo in the West Bank would be a huge political mistake. Instead, inviting the leaders of the centrist Israeli political parties into his cabinet could ensure that the relations with Israel don’t turn into a controversial political issue during the 2024 election.

The anti-Israel lobby don’t care who is in the Israeli government: all Israelis are the same as far as they are concerned. The era of Israel compromising the security of its people to pander to the demands of liberal American politicians end at Camp David in 2000.

That voting has actual consequences and is not only a political statement is just beginning to dawn on some Liberal groups.

I’d say this scenario poses more of a danger to the evangelical right than the liberal groups. If Israel loses the backing of the Americans they’re in big trouble, the rest of the world is ambivalent towards them at best, with many countries openly hostile

And what a pity it would be that the only democracy in the Middle East could be no more. Maybe that is considered ‘progressive’.

Not much of a democracy for those living under Israeli occupation (West Bank etc), or control (Gaza).

I wouldn’t lose any sleep over it. To me the Israelis are no better than any of the others in the Middle East

The man who pays the piper calls the tune
A look at the names of the big donors to the Democrats will tell you all you need to know, the recent loss of FTX/Bankman doesn’t make a big difference
That said, I do see trouble slowly coming down the track, Good

If Bibi is smart, he’ll distance himself from the Biden train wreck as thoroughly as is practicable in a dangerous world. He’s so much more intelligent than the President, and has far more credibility on the world stage. He should not permit Israel’s future to be hitched to a falling star.

The next generation will take their AIPAC money, pay their tribute to the ADL and carry on as normal. The Israel Lobby is all powerful.

The Democrats are lamentably “awoke” on the full spectrum of domestic American issues–polluting all of them with a sanctimonious virtue signaling, lots of posturing for the groundlings, and professed intentions that conjure a pot of gold beneath every rainbow. That’s all about perfidy. But when it comes to Israel and its criminal behavior in the region they are not awoke. Awakened. Whatever. They are asleep. Follow the Benjamins.