< Previous
40 years on from its creation, the SDP has another chance
Next >
Xi Jinping addresses Davos — from a parallel universe
by Rakib Ehsan
Monday, 25
January 2021

What the British Left can learn from Denmark Last week, Denmark’s Prime Minister Mette Frederiksen announced that she had set a “zero asylum seekers” goal for her administration in the name of social cohesion, stating:

We must make sure that not too many people come to our country, otherwise our social cohesion cannot exist. It is already under threat.
- Mette Frederiksen

Only 1,547 people have applied for asylum in Denmark 2020 — the lowest number since 1998. This figure is far lower than the total recorded in 2015, when 21,316 people applied for asylum in the Scandinavian nation at the peak of the European migration crisis. While the Covid-19 pandemic has played a part, this is also the result of the country’s movement towards a more restrictive immigration and asylum system.

Frederiksen, who has been leader of the Social Democrats since 2015 and Denmark’s Prime Minister since 2019, is not one to mince her words. Under her leadership, the Danish Social Democrats have sought to cultivate a shared national identity based on common purpose and mutual obligations. The party has also adopted a mature approach to public concerns over immigration and migrant integration. Frederiksen has now hammered home her belief that Denmark has historically made too few demands of newcomers to integrate into mainstream Danish life, respect the country’s legal system, and commit to the equality of the sexes.

The Danish premier is firmly of the view that in order to maintain the bonds of social trust and mutual respect needed to sustain Denmark’s comprehensive welfare state, and neutralise the electoral threat of the populist Right, a ‘restrictionist’ approach to immigration and asylum policy is required. A failure to do so will not only undermine forms of mutuality and reciprocity, but also opens up fertile ground for Right-wing populists — including the national-conservative Danish People’s Party (DPP).

And crucially, we cannot ignore the reality that asylum policy is now a public security matter in Europe. The October 2020 Islamist beheading of schoolteacher Samuel Paty, in the Parisian suburbs, was committed by a teenage refugee of Chechen origin. In the same month, a 20-year-old Syrian national who arrived in Germany to seek asylum, knifed a person to death in an Islamist terrorist attack in the city of Dresden. Closer to home, 26-year-old Libyan refugee Khairi Saadallah recently received a whole-life prison sentence over the June 2020 Islamist terrorist attack in Reading, in which three park-goers were stabbed to death in Forbury Gardens. European leaders simply cannot afford to overlook how liberal asylum systems and failed integration outcomes have fed the beast of Islamist extremism.

While internationalists on the contemporary British Left may judge Frederiksen negatively, they might do well to venture out of their own political ‘comfort zone’  — one which is more than happy to engage with people’s socio-economic concerns, but refuses to entertain legitimate cultural anxieties surrounding asylum policy, migrant integration, or public security. 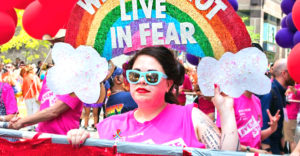