< Previous
Why Trump should not be banned from social media
Next >
Don't believe the hype: there is no 'cod war' in Jersey
by Tom Chivers
Thursday, 6
May 2021

Waiving the vaccine IP is a huge blunder 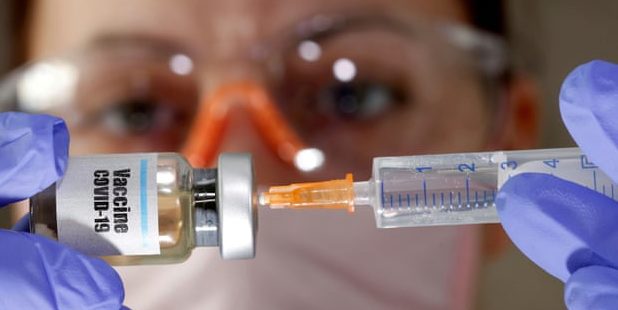 The USA has said that pharma companies should be required to waive intellectual property rights on Covid-19 vaccines. That is: any firm that wanted to produce, say, the Pfizer vaccine would now be able to do so. The idea is that it would free up more manufacturers and so increase vaccine supply.

Obviously everyone wants that; there really is a terrible disparity between the rich world and the developing one. But I think that 1) it probably won’t do much good, if any, 2) it reduces the incentives for pharma companies to behave well in the next pandemic, and 3) it’s both miserly and attention-seeking on the part of national governments.

Let’s take them in order. First, here’s why it probably won’t do much good.

The thing that is slowing down vaccine production is not that there are hundreds of manufacturers champing at the bit to get started, but who are prevented from doing so by IP laws. Certainly with the mRNA vaccines, the problem is a shortage of materials and a shortage of expertise.

The Oxford vaccine researcher Sandy Douglas points out that Moderna said back in October that they wouldn’t enforce patents, but no one else is making the Moderna vaccine yet. Derek Lowe, a drug discovery chemist, agrees: this isn’t the bottleneck. The immunologist Andrew Croxford describes an IP waiver as the “thoughts and prayers” of vaccine supply. A development economist I spoke to pointed out that that opening up IP could even make things worse — if there’s a shortage of raw materials and suddenly there are more producers competing for them.

That’s not to say that there aren’t other cases where IP is a problem, and where it’s enforced in weird ways! There are lots of weird cases where drugs that should be generic and cheap are expensive and protected, especially in the US. But in the case of Covid vaccines, it’s not the problem at hand.

Second, it reduces incentives for pharma companies to do the right thing next time. As I wrote a few months ago, there’s a real tension between making drugs cheaply available and incentivising pharma companies to develop new ones. The market, on its own, fails in many situations to relieve that tension.

There are clever ways around it which I discuss in the piece. But when the next pandemic comes around, we would like the pharmaceutical industry to do what it did this time — drop everything and work like hell to make vaccines. Maybe waiving IP rights will have no impact on their willingness to do that next time, but if there’s even a small chance that it will, it seems a bad bet. The pandemic is costing trillions of dollars; a few billion in profits to pharma companies is completely irrelevant.

Third, why are we being so cheap? As I just said: the pandemic is costing trillions of dollars. The Nobel-prize-winning economist Michael Kremer estimates that shortening its span by one month would save $500 billion. If the problem is that there are not enough places manufacturing the vaccines, then why not simply spend hundreds of billions of dollars to pay for more? The biotech company GreenLight suggests building seven mRNA factories around the world, in developing nations, so that the entire global population is within a few days’ travel of one. The Center for Global Development suggests that the Biden administration should lead a global effort to invest in vaccine supply.

Saying you’ll waive IP rights is cheap in the worst sense of the word. It gets headlines and approving tweets but it won’t do much good and might do lots of harm. Instead: spend the money. Build factories. Give hundreds of billions of dollars of rich western taxpayers’ money to Covax. Stop trying to push the risk, cost and blame onto the pharma industry.

Of course, there are some long-term advantages if you open up IP. Other companies can build on your expertise and come up with new scientific breakthroughs: mRNA vaccines for other diseases, perhaps. Kremer, in a 1998 paper, suggested that governments should buy out pharma companies’ patents, at a fair price, and put them in the public domain. Then maybe, next time, there will be the global expertise required for thousands of small mRNA factories to pop up in Botswana and Bangladesh.