< Previous
In Germany, our energy crisis is far worse than yours
Next >
Ken Burns: America is in a pre-civil war condition
by Kristina Murkett
Wednesday, 22
September 2021

Social media sleuths may be hindering the case more than helping 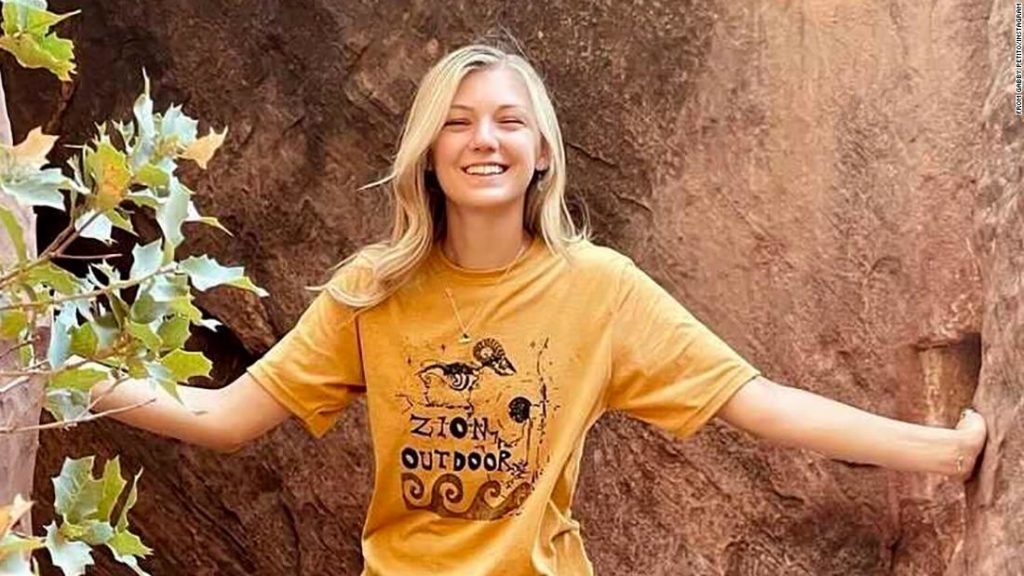 Gabby Petito before her disappearance

Since Gabby Petito was declared missing on September 11th, the hashtag #findgabbypetito has been viewed on Tiktok 1.2 billion times. Tiktok creators and internet sleuths such as Haley Toumaian have dissected every detail in her disappearance, with one of her videos gathering over five and a half million views. Gabby Petito’s own Instagram account now has over one million followers — before her disappearance she had around 13,000.

In some ways this internet frenzy is unexpected — our obsession with true crime is well-documented, and Gabby Petito is an ideal target for social media detectives: 22 years old (within the same age demographic as most TikTok users), beautiful, active on social media herself, and living the #vanlife dream (another hugely popular hashtag with over 5 billion views). TikTok users can analyse everything from her vlog content to the bodycam footage of Gabby meeting the police in August following an alleged altercation between her and her fiancé.

What is unprecedented in this case is how this hysteria has both helped and hindered the investigation in real time. On the one hand, all of this attention has undeniably magnified the public’s awareness, something which is vital to missing person cases. Two Tiktok ‘witnesses’ have since spoken to the police about their interactions with Gabby’s fiancé Brian Laundrie, a ‘person of interest’ in the case who is also currently missing. One of these witnesses claims to have helped the police to find Gabby’s body and two YouTubers used old footage to locate the couple’s van, which led the police to the area in which Gabby’s body was found.

In spite of these supposed breakthroughs, there are other serious implications to consider. Firstly, there is something deeply unsettling about watching people — mostly young girls — exploiting Petito’s story for views and followers and transforming a homicide into voyeuristic entertainment. There are practical, legal consequences too. Tiktok’s algorithm makes it all too easy to perpetuate misinformation on a worldwide scale. True crime obsessives therefore have the power to significantly change public perception of a case with little external oversight.

This makes it incredibly difficult for police detectives to cut through the noise and discern what is genuine and what is baseless speculation, as theories take off on the basis of content engagement rather than credibility. Wild internet theories may also actually help defence attorneys, who could argue that jury members — particularly any under a certain age — have been manipulated by the media attention and are inevitably biased. The trend also raises uncomfortable questions about why certain cases make headlines while others don’t, with some blaming racial inequalities and ‘Missing White Girl Syndrome.’

Only time will tell whether this particular internet ‘investigation’ is a one-off, or whether these social media sleuths will feel validated by their supposed contribution and start looking into other cases. If so, pressure needs to be put on Tiktok; Covid has proven how easy it is for social media giants to monitor and flag certain hashtags, and so there is no excuse for Tiktok not to be doing more.

There is a series on Netflix which is initially based on social media sleuthing – Clickbait. I think the social media interest can be a good or a bad thing, but mostly bad.
What is the baddest of the bad is the odious Joy Reid wading in and calling this ‘Missing White Girl Syndrome’ from her position as news host on MSNBC. Who knows why some cases capture the imagination of the public more than others – it certainly happens the world over – but racialising it and ignoring the pain being felt by the murder victims family says volumes about Joy as a human being. There are plenty of girls murdered, both white and black that don’t engender this sort of interest.

Interesting to date, only one comment than my own; yet about a syndrome here lacking interest for comments. I suppose the Tik Tok crowd doesn’t read. However, I have been curious as to why all the interest in the Gabby missing event over other missing people. The article gave insight into my query.

The TV channels in the USA are giving this case a lot of attention, too. CNN is showing the same stories (or non-stories) again and again. Families of other missing people are rightly asking why so much attention to this person and no attention to their own loved ones. I think the author is correct to point out that Petito’s being an extremely photogenic victim is a major factor. In the UK the coverage of the murder of Sarah Everard was in many ways similar. Being young, white and very pretty does count.