< Previous
Does calling a man a pig perpetuate human supremacy?
Next >
A public health campaign based on a pussy pun — really?
by Emma Webb
Thursday, 28
January 2021

The sliming of William Shawcross By now we’re all familiar with the ritual — a public appointment is made and the opposing offence archaeologists get to work. On this occasion, the spark was the appointment of William Shawcross as the successor of Lord Carlile as Independent Reviewer of Prevent.

Shawcross is an excellent appointment; a former chair of the Charity Commission, he oversaw crucial work on the exploitation of the voluntary sector by extremists, as well as having had a long career in journalism, government, NGOs and authoring multiple books on varied subjects.

Not everyone was pleased.

Baroness Warsi, tweeted that the appointment would ‘toxify’ Prevent, and Miqdaad Versi, the media spokesman for the Muslim Council of Britain, alleged that Shawcross had once said: “…Islam is one of the greatest, most terrifying problems of our future. I think all European countries have vastly, very quickly growing Islamic populations”.

Somewhat predictably, this nine-year-old quote was taken out of context. While discussing his book, and in the context of discussing Islamist plots and recruitment in Europe, he stated:

There was a big spike of attacks by drones in the badlands of Pakistan in the fall of 2010, and that was reported to be because European Islamists in those areas were plotting a Mumbai-style attack upon a European city. Europe and Islam is one of the greatest…most terrifying problems of our future [empahsis mine], I think, and all European countries have vastly, very quickly growing Islamic populations and frighteningly large numbers of the young men in these, both in Britain and in Germany and in France, are turning to radical Islamism.
- William Shawcross, World Affairs Council

As extremism expert Hannah Stuart quickly highlighted, Versi had mysteriously lopped off a crucial part of this quote. Why?

In a long thread, Versi then laid out the evidence to support his character assassination of Shawcross, including statistics that he claimed to show how Muslim groups were unfairly singled out by the Charity Commission during his premiership. However, misuse of the charitable sector by Islamist extremists was a huge problem at the time and there were legitimate reasons for investigating these charities.

Often those seeking to deal with extremism are discredited with bad-faith accusations of Islamophobia. The same furore erupted in response to the appointment of a young, female, Muslim woman to the role of Commissioner for Countering Extremism, Sara Khan who was described as an ‘Oreo’, a racist slur.

The outrage of these self-appointed gatekeepers is statistically far removed from the views of Muslim communities. Recent polling found most British Muslims haven’t even heard of Prevent, and 80% of those that had the programme explained to them expressed support.

The online hubbub is purely political. As Nusrat Ghani MP rightly pointed out, Prevent is not perfect, but with his outstanding “record of robustly standing against the extremist misuse of the charitable sector”, William Shawcross is exactly the man for the job.

Shawcross gave expression to a subject of genuine, grave concern. The west has been pushed into an experiment with poor precedents and gloomy prospects – the attempt to shift the foundations of its very identity; to shift them from the time honoured, world wide props of broad ethno-cultural homogeneity, with a leavening of minorities, to a purely “humanist” universalism. Arrogantly, this experiment reckons without the deep loyalties and ancestral moorings of both host and newcomer. Worse, it is moving out of the hands of its liberal-universalist begetters and into those of “woke” proponents of irrational guilt among Europeans and irrational grievance amongst others. Warsi is effectively an apologist for this madness and hates Shawcross for his stubborn sanity.

Very well said! You’ve got to the crux of the matter in one paragraph.

Yes – native European culture is being decimated and we are expected to shut up or put up. The host cultures are forever being painted as the villains in the story even as they see themselves slowly disappearing.

Yet another example of how free speech has gone – for ever?

The usual suspects, then. Muslims are always the victims in their ongoing campaign.

The tittle tattle of the upper Tooting tea tables (I think it was Denning) now called a ‘twitter storm’.

Warsi, of course, is one of those who NEVER acknowledges that she is wrong. Her misinterpretation of what was said by Shawcross is just another shrug of the shoulders by one of those who will NOT concede that the Qu’ran is a violent and violence-inciting collection of beliefs that were supposedly given to some Arab villager 1500 years ago by whom he believed was some deity. We need to hear less and less from Warsi and others like her. 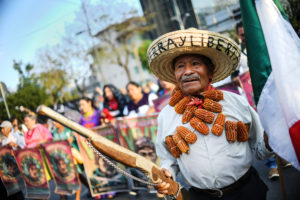