< Previous
Found in El Paso: the border wall Biden is paying *not* to build
Next >
Dave Chappelle is winning the culture wars
by Meghan Murphy
Friday, 8
October 2021

The feminist case against vaccine mandates

Women should have a right to choose A demonstrator holds a placard saying “My Body My Choice” in Indiana. Credit: Getty

Last week, Gloria Steinem testified at a House Oversight hearing in response to a Texas bill allowing people to sue anyone that helps a woman get an abortion. “What’s happening in Texas is not only a women’s issue, but a step against democracy, which allows us to control our own bodies and our own voices,” she said.

Steinem is right: in a democracy, all people should have autonomy over their bodies and the choices they make about their bodies. Across America, women came out to protest the Texas bill, holding signs reading: “My body, my choice,” the classic second wave feminist slogan advocating bodily autonomy for women.

But a glaring hypocrisy has arisen this year, undermining feminists’ demands for bodily autonomy in the form of vaccine mandates being imposed across North America. When feminists say: “My body, my choice” do they really mean it?

In Canada, “feminist” Prime Minister Justin Trudeau, who was re-elected for a third term last month, recently announced that all employees in federally regulated workplaces would be required to show proof of vaccine, as well as anyone travelling within Canada; in California, Governor Gavin Newsom recently announced all students and teachers would be required to get the Covid vaccine in order to attend school; and in New York, Northwell Health, the largest health care provider fired 1,400 of its employees for refusing to comply with the state’s Covid vaccine mandate. Across the country, healthcare workers across America are walking out in protest of mandatory vaccination.

While there is a history of schools in the US and in Canada requiring immunisation against diseases like the measles and mumps, the Covid vaccines function differently, in that they don’t prevent vaccinated individuals from catching or spreading the virus, but mainly prevent people from developing more serious symptoms. In other words, declining to get the Covid vaccine isn’t really about other people’s health outcomes, but your own.

Vaccination should therefore be an individual choice. In a democracy, as Steinem points out, people should have the right to make informed choices about their own bodies and health. But far too many feminists and progressives who loudly pronounce their pro-choice politics, vilifying anyone opposed as repressive, misogynist, and authoritarian, blindly support vaccine mandates and the censorship and punishment of anyone critical.

Famed feminist lawyer Gloria Allred recently debated Dave Rubin on the issue of vaccine mandates, arguing on one hand that it is one’s “right to choose” what one does with their body, but that in the case of the Covid vaccine, this doesn’t apply because choosing not to get vaccinated endangers others. Putting aside the fact Allred lacks a basic understanding of how this vaccine works, it is appalling to suggest, as she did, that individuals should lose rights, freedoms, and their employment should they decline the vaccine.

For the record, the argument goes both ways: Right-wingers who support bans on abortion but argue against vaccine mandates on account of an individual’s “right to choose” should rethink their belief that the government should be allowed to dictate what choices women make about their own bodies.

This kind of hypocrisy undermines our arguments for freedom, rights, and autonomy — something we should all be able to agree on.

Either we live in a free and humane society wherein people get to make choices about their own lives and health or we live in an authoritarian society where the government dictates what individuals do with their bodies.

Meghan Murphy is a Canadian writer, exiled in Mexico. She hosts The Same Drugs on YouTube.

The making of Essex Man

The men who monstered Monica Lewinsky 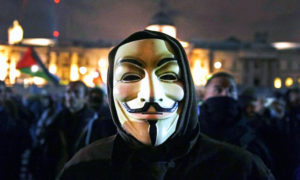 The making of Essex Man 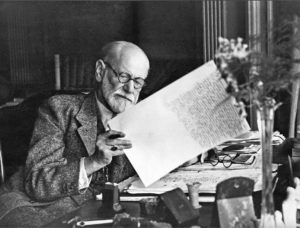 The men who monstered Monica Lewinsky