Outside religion, who’s talking about forgiveness?

The case of Janna Ezat reminds us of its power Janna Ezat (centre), whose son Hussein Al-Umari was killed in the Christchurch shooting

This week the mother of one of the victims of the Christchurch massacre forgave the perpetrator.

Speaking with moving dignity, Janna Ezat spoke about her son who “didn’t have an enemy in the world until the day he was killed. He used to give me flowers for my birthday. Instead I got his body.” She added: “I decided to forgive you. In our Muslim faith we say…if you are able to forgive, forgive”.

The archetype of a grieving parent forgiving their child’s killer has become a horribly familiar, and it is always moving one. Perhaps because the act runs so contrary to expectations, it is always covered in the news. The most recent memorable example is the Charleston massacre, in which nine churchgoers were gunned down by (again) a white supremacist who had joined their bible study. Three relatives went on to offer forgiveness at the attacker’s bond hearing.

At least in the West, we are more accustomed to these expressions of forgiveness being framed in Christian terms. The Lord’s Prayer itself includes a plea for God to “forgive us, as we forgive those who sin against us”. Perhaps the best-read preacher of the twentieth century, Martin Luther King Jr., repeatedly underlined the need to “develop and maintain the capacity to forgive. He who is devoid of the power to forgive is devoid of the power to love.” He knew that change, justice, trust all relied on forgiveness.

But forgiveness, as Janna Ezat reminds us, isn’t the preserve of one culture. Most scholars of Islam would agree on its importance. Mercy is one of the primary characteristics of Allah, and multiple verses in the Qur’an and Hadith urge forgiveness of others as an act of virtue which will be rewarded.

And we, a largely secular society in which more people identify as non-religious, need those reminders now. Forgiveness of even much lesser injuries than the loss of a loved one is not generally encouraged. Whether you have been hurt, humiliated or just plain pissed off, the culturally acceptable responses are withering put-downs, self-righteous rage or shunning. Forgiving our opponents in the disagreements and differences that make up public life sounds pious, patronising and weak.

And yet a healthy citizenship depends on this social virtue. If we forget how to forgive, how to see forgiveness as a powerful, and not appeasing, act, then we have no hope of healing our social wounds. Societies in which there is no possibility of forgiveness are places where no-one can change their mind, or change their tribe, or do better.

It is a habit, a hard, costly counter-cultural habit we would do well to develop. And, imperfectly as always, it is our religious traditions which are reminding us of its power. 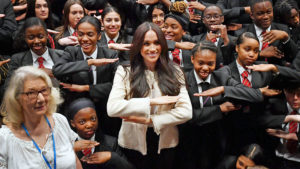