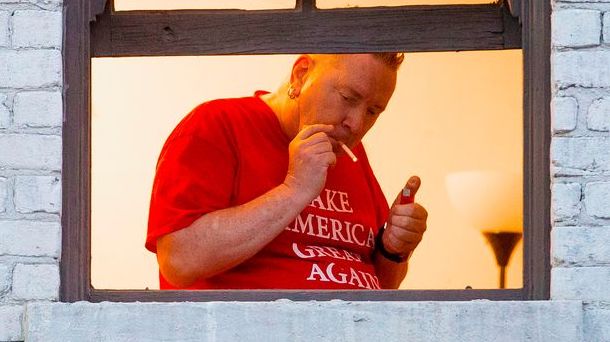 I interviewed John Lydon once, years ago. The interview lasted about a minute and a half, after which he called me a “f***-arse liar” and hung up the phone. Funnily enough, we didn’t run it in the magazine.

The London-born Sex Pistols and PiL singer-songwriter was never going to be fast-tracked into the diplomatic corps, so it’s not hugely surprising that he’s now at it again, offending people by wearing a Donald Trump T-shirt.

The Sex Pistols first gained notoriety to many people by swearing on British television, something shocking and obscene in 1976, and the whole MO of the band was to cause as much outrage as possible.

So it’s not entirely surprising that someone who tends to be very disagreeable and averse to authority and prevailing opinion is showing support for Trump, which is pretty much the 2020 equivalent of swearing at Bill Grundy.

You might not agree with what Lydon says, but it is authentically rebellious in the way that countless musicians and artists solemnly showing their support for BLM — the approved, high-status, corporate-backed ideology of the day — is not.

Lydon has previously backed Brexit — “the working class has spoken” as he said — which, again, might be wrong or bad or misguided in people’s view, but it is what you’d expect of someone averse to the respectable ruling ideas of the time. In that he is similar to his contemporary and fellow second-generation Irish musician, Morrissey, who has upset many former fans with his opposition to immigration.

Both Morrissey and Lydon have also commented on the destructive impact of modernist architecture on their communities. The former Smiths singer recalled:

In a way it was like having one’s childhood wiped away. In Queen’s Square, my grandmother occupied the fourth house. We occupied the fifth house. And the sixth house was occupied by my mother’s sister and her family. So it was a very strong community and it was very tight. Very solid. And it was also quite happy.
- Morrissey

Lydon meanwhile features in a video where he goes around the capital on a bus complaining — totally correctly — about the architectural horrors inflicted on our city, all of which is “destroying our history”.

I would never say something as cringey as “conservatism is the new punk” — and if I ever did, it’s a signal that I’ve been kidnapped — but if you do have a certain personality type, and can’t stand the sort of narcissistic, sanctimonious sermonising associated with respectable political opinion, then you will at least do your best to try to upset them.