Mujahideens during the Bosnian War 1992-1995. (Photo by Pascal Le Segretain/Sygma via Getty Images)

Defence Secretary Ben Wallace reminded the Commons this week that, despite their territorial defeat, Islamic State remains the greatest terror threat to the United Kingdom by a long way. He added that some 360 members who joined the terrorist group in Iraq and Syria and returned to the UK are deemed ‘low risk.’

If this doesn’t inspire confidence, it shouldn’t. Some of the worst attacks in recent years have been conducted by people already on the security services’ radar.

Khalid Masood, the Westminster Bridge attacker, and Salman Abedi, responsible for the Manchester bombing were both known to security services before they struck. In fact, one of the 2017 London Bridge attackers’ extremism was so well known he appeared in a Channel 4 documentary. Forget ‘lone wolves’ — try known wolves.

This is not the fault of our overwhelmed security services. There is no secret formula for making an assessment on who poses a risk and when, and they have no choice but to de-prioritise some cases. But some of the de-prioritised will strike.

Besides, they aren’t the only ones making mistakes. Usman Khan was considered a poster boy for the Cambridge ‘Learning Together’ program, before going on a murder spree at Fishmonger’s Hall, London Bridge.

MI5 is aware of some 43,000 people who pose a threat. Among those are an unprecedented number of extremists in prison — many of whom are on their way out — and several hundred Brits now have first-hand experience in Islamic State.

This danger will not be short-lived. The long arc of jihadism inside Britain stretches back 30 years when large numbers of British mujahideen left these shores to fight in Bosnia, Somalia and Chechnya. Nearly 30 years after the Bosnia conflict, some of the jihadi alumni are still haunting us, like the former London public schoolboy who helped murder journalist Daniel Pearl and now looks set for release in Pakistan.

The earliest set of returnees may not have committed any attacks, but their war stories helped to socialise new generations, leading some to call Bosnia the ‘cradle of modern jihad.’ The cohort they produced will likely do the same and metastasise the jihadi threat, which poses a danger because they carry no ideological aversion to attacks at home. For all the controversy, it’s little wonder the government didn’t want them back.

A new generation of jihadists will emerge from the ISIS wound in the coming years. Some will answer the next call to wage jihad overseas, while others will wage an attritional jihad at home. We might be suffering a bout of Jihad nauseam, but the jihadists are not done with us yet.

Well, yes, and the the ‘long arc of jihadism’ will, in the long arc of history, lead to the Islamisation of the UK and western Europe. That is the future that the politicians (of all parties) have chosen for us.

We need revisions to the laws on treason and these should be retrospective. All jihadist should be stripped of citizenship and as many as possible deported without delay.

Won’t such action just make the situation worse? And where could they be deported to, if they are British citizens?

Claire, probably more of the UK ISIS fighters could be deported than you think, and in some cases, there would be no need to deport them, since they are still in prison in the Middle East, and the UK would just be making sure that they don’t come back. Jack Letts, nicknamed Jihadi Letts, is an English-born convert to Islam now the prisoner of Kurdish forces in Syria. The May government took away his citizenship, and he is now the responsibility of the Canadian government, since Letts had Canadian citizenship through his Canadian father, even though he has never lived in Canada. Canada actually had a law that would have let it deprive Letts of Canadian citizenship but it was revoked by the government of Justin “A Canadian is a Canadian is a Canadian” Trudeau.

It all depends on whether we view them as criminals or enemy soldiers.
PIRA men refused to wear prison uniform, because they were POWs.
Mrs Thatcher insisted that they were criminals who had to wear prison clothes. This led to the blanket protest, dirty protest and hunger strike.
I’m beginning to think she was wrong; terrorists aren’t criminals; they really are our enemies.
If you can shoot them on the battlefield, do so. If you capture them, you can’t release them until the war is over.

Mrs T had no option, with the US media breathing down her neck, the Kennedy Clan, NORAID etc.

Even if we had had a sort of ‘Guantanamo Bay’ facility, in say Lundy Is, we would never have been able use it.

The best she could do was to allow them to smear themselves with excrement and then starve to death.

It is remarkable that she was able to hold her nerve throughout this traumatic period, whilst ten I think committed suicide by starvation. A most astonishing achievement on both sides, it must be said.

If terrorists are criminals, Guantanamo violates the 5th Amendment. If they are POW, they can’t be questioned beyond ‘name;rank;number’
Law professor Obama knew this, but President Obama couldn’t close the place.

If X is a UK Citizens only you can not strip its citizenship. It is against international law. And what is the point of X living and working in UK without a passport? He will still be able to do crazy sh*t.

The Bosnian War of Independence need never have happened. Bosnia and Herzegovina only declared independence much after Slovenia and Croatia and in reaction to their secession. The international community should have seen the possibility of a terrible calamity unfolding and firmly rejected any recognition of independence by Yugoslav republics that were not negotiated with a democratically elected Yugoslav government. There might never have been a Bosnian war or mujahideens from abroad.

The Syrian civil war also might never have happened, or certainly not taken on the dimensions that it did, if Western countries had made a realistic evaluation of the strength of the Assad government and the support it could expect from Russia and other countries. Different policies, if they didn’t stop the creation of ISIS, would certainly have limited its growth.

Realizing this does nothing to solve the terrible difficulty the UK finds itself in now, but it may help avoid creating future situations that might turn young UK citizens into jihadis.

You’re saying that ‘young UK citizens’ might turn jihadi if they see bad things happening in the Balkans or the Middle East.
With a generation of young citizens like those, we have no future. 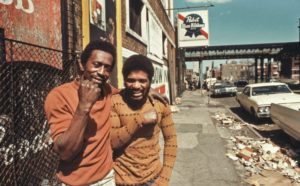