< Previous
No, what happened on Jan 6 was not a coup
Next >
In defence of the Colston Four verdict
by Stephen Pollard
Thursday, 6
January 2022

JK Rowling is no antisemite

For most British Jews she is a heroine 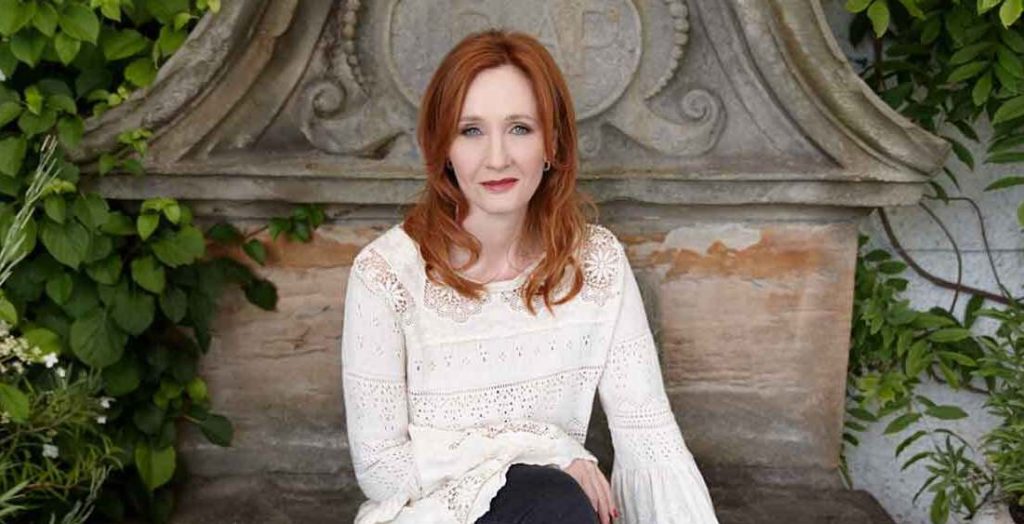 Life has a habit of surprising us, and if you’d asked me a few days ago what the hot topic for this week would be, I would have given you long odds against goblins.

But a combination of US comedian Jon Stewart and the desperation of some people to find any stick with which to beat JK Rowling means I have spent the past couple of days debating the origins and meaning of the goblins in Harry Potter.

To recap: last month Jon Stewart recorded a podcast, in which he made a throwaway remark about what he said were antisemitic stereotypes in Harry Potter. He singled a scene in one of the films where Harry Potter walks into a bank as stereotyping Jews:

It was one of those things where I saw it on the screen and I was expecting the crowd to be like, ‘Holy s**t, she did not, in a wizarding world, just throw Jews in there to run the f*****g underground bank.
- Jon Stewart

JK Rowling was like, ‘can we get these guys to run our bank? It’s a wizarding world, we can ride dragons, you can have a pet owl, but who should run the bank? Jews.’
- Jon Stewart

I am not going to get into a discussion about the iconography of goblins, save to say that sometimes a goblin is just…a goblin. Besides, whatever visual impression Mr Stewart may have had from the film, JK Rowling neither directed nor designed it; and there is nothing in any of the books that is even glancingly antisemitic.

The reality is that none of this is actually about goblins or even about Harry Potter. It’s about feminism and the ideological obsession of those who consider sex to be a construct rather than a biological fact.

In truth, the only interesting part of this mini-saga is what it tells us about those jumping on the bandwagon. First, some context: during the years of Jeremy Corbyn’s leadership of Labour, the British Jewish community felt under threat in a way that it hadn’t for generations. On every metric, antisemitism was rising faster than ever recorded — in official police statistics, in Community Security Trust recorded incidents and anecdotally.

Above all else, we pleaded for non-Jewish allies to speak out. The brutal reality was that relatively few figures in public life considered it worth the hassle. One who did, repeatedly, was JK Rowling. She spoke out on Twitter, and most notably when she wrote a parody of Labour under Corbyn referring to his issues with the British Jewish community. For most British Jews she is a heroine.

Strikingly, if you look at the identities of those who are now using her supposed antisemitism to attack Ms Rowling, you will struggle to find a single one who said or did anything in support of British Jews when we most needed it. Worse, many are the very people who cultishly supported Jeremy Corbyn as Labour leader. Far from being allies against anti-Jewish racism, many of them are the issue.

This latest assault on JK Rowling has nothing to do with any concerns about antisemitism. The only enemies of the Jewish people in this story are those who concoct fake allegations of Jew hate in order to smear a warrior against racism.

This is outright cultural appropriation. I *always* thought the Goblins were Gujaratis. Short, rotund, money-minded, touchy, scheming, you wouldn’t trust one with yer sword. Mostly talking complete gobbledygook (as my posts are proof), it’s Gujaratis. Come on, you can’t take away the Harry Potter Goblins from us! We got no other claim to fame in the world. We got nothin’ else!

I did some work for Gujarat State Petroleum Company in the early 2000s, and visited them in Gandhinagar several times. I noticed that about 50% of their accounting staff, of whom there were many, carried the name “Shah”. I was told that this was a name from a historical book-keeping caste. I didn’t ask about Patel …

Yes Gujarat is a petro-economy in the Indian context.
Coincidentally I too was going to Gandhinagar through the second half of the noughties on business (IT). I dislike discussing Indian caste because it makes me so angry, but in the past Patels were typically small to medium land owners who used landless peasants to work on their farms and would tyrannise the local village. Now all scrambled of course, and most are a prosperous urbanised class in offices or businesses.

It’s really clutching at straws when, as the article states, she has a background of actively speaking out for those targeted with anti-Semitism.

Coming soon to a Guardian newspaper near you, shock revelations : JK Rowling accused of being a racist / ablest / istist, we’ll keep throwing shite until some of it sticks

…while hoping that no one will notice has most of what we say no rational basis whatsoever, but consists almost entirely of self-indulgent whining.

Using initials instead of your name is clearly white supremacy.

I think there she was racistly culturally appropriating using initials ala MLK, Malcom X or Ice T.
Is there no end to this woman’s racism?

I never cease to be amazed at the lengths to which people will go to be offended. It is astonishing.
JK Rowling is a great writer who has written fabulously entertaining books (I have all 7 Harry Potters on my shelf, I’ve read them twice and I love them) and isn’t afraid to express her opinions on the issues of the day. Whether you agree with her or not…that really is all there is to it.
And, while we’re at it…how many of the people laying into her over goblins, gender etc. fawned over her when she supported the civil servant that went on Twitter to denounce the government as truth twisters?

Is there enough in Stewarts words to support JK Rowling suing for defamation? This would put a stop to at least some of these unfounded accusations of some ism or other. On Jeremy Vine a few months ago Laurence Fox talked about seeking legal advice about something Yasmin Ali-Brown said about him. She immediately panicked and retracted. A well publicised court case will teach Stewart and others a costly lesson.

Will R
Reply to  Jerry Mee-Crowbin

John Stewart has apologised (blaming Newsweek for the whole misunderstanding). His remarks were on his podcast – apparently they were just bantz, chatting with mates. He does not think JK Rowling is an antisemite, and he loves the movies…

He is. You can still be Jewish and say idiotic things though.

It wasn’t really an apology. According to him it was the complainants who didn’t see the humour.

The most telling point for me has been that twitter has been ablaze with Rowling for 2 days – and yet other than Jewish Twitter, there has been barely a mention at all of the genuine antisemitism in the BBC.

To use this as a supposed gotcha against Rowling is frankly beyond the pale.

Yes, we mustn’t forget that BBC website report of the incident before Christmas, when a group of Muslim men were shouting anti-semitic abuse at a busload of Jews in Oxford Street. Not only did the BBC fail to mention the identity of the abusers, they pixillated out their faces so we couldn’t see who they were, and added for good measure that ‘Islamophobic’ comments were heard from the bus. Contemptible.

And Rabbi Rubinstein has resigned from the BBC after 30 years, saying no Jew in all conscience could now work for the BBC.

It’s amazing how far the message to attack JKR has spread.
It’s like watching a sci-fi movie, called “The New Guardian Times” perhaps, where the pods awaken on a given signal.
“Yes, we are all individuals”.

I really fear for JKR. I have never read her books as I don’t read fiction generally, but I admire her enormously. She is a dedicated, compassionate and highly moralistic campaigner who always supports people who need it, in all walks of life.
As Stephen Pollard says she was one of the few people with a voice who stood up for the Jews under the disastrous Corbyn years. The current campaign to cancel her has turned sour and is frankly disgusting. Jon Stewart has used a cheep trick to curry favour with a demographic that he craves to be a part of. Shame on him.
Not that this will mean much, but in her hour of need I stand with JK Rowling.

I read a tweet by Jon Stewart saying that he was joking and he absolutely, categorically did not believe that jk was anti semitic. He said he couldn’t understand how his remarks were not seem as ironical.

I suspect they were dug up to distract from pro trans sweetheart Emma Watson being targeted as an antisemite as she has allowed her social media to be used by a pro Palestinian group.

Didn’t the Guardian recently retract a Person of the Year poll after its readers nominated JK Rowling?

Well said Stephen. JKR is under really attack because of her support for women and children, which I admire and support. I note that Jon Stewart has withdrawn the post and now stated he doesn’t think she is antsemitic. It’s not an apology as he suggests it’s those of us who objected that are the problem as it was all just banter between friends. Not my idea of banter.

Everything Mr Pollard says is true. Some blame must surely attest to the person who lit this fire. It would be nice if Mr Pollard had something to say about Jon Stewart’s irresponsible remarks

I can see the point Stewart was making based on Pollard’s extracts and wonder whether JK has been traduced by the film’s producers. For the record I don’t for a moment think that Stewart targeted JK for her anti-trans views and I share Pollard’s view that her stance on Corbyn’s antics proves that she is definitely not an antisemite.

JKR has plundered folk lore and literature to populate her stories. Tolkien’s goblins are feckless violent thugs, Momentum, BLM, Antifa for example. The dwarves would be the gold miners whose pride was brought down by a dragon. Perhaps JKR’s detractors are confusing goblins with the gnomes of Zurich.