< Previous
Michael K. Williams was an antidote to today's identity politics
Next >
What has Bernie Sanders actually accomplished?
by Marshall Auerback
Tuesday, 7
September 2021

Is Justin Trudeau going the way of Theresa May?

The Canadian PM's cynical election call looks like it is backfiring 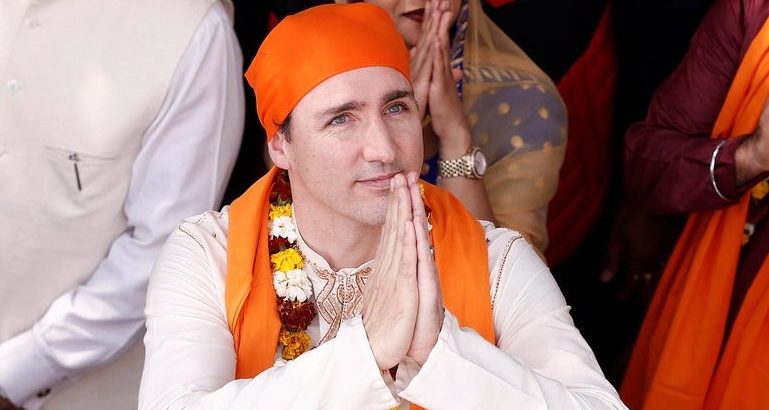 In general, voters don’t like politicians. That is especially true when their summer holidays are interrupted by an opportunistic election call. Add in a pandemic that’s far from over, and it’s easy to see why the prospects for Justin Trudeau’s governing Liberal Party are looking increasingly grim.

Recent polls have shown his Liberal Party now trailing the Official Opposition Conservative Party, and momentum in the crucial province of Ontario is continuing to shift toward the Tories. If sustained, it would almost certainly mean a change of government in a few weeks’ time.

Comparisons have been made to Britain’s Theresa May, whose early election call in 2017 resulted in an even smaller majority for the Conservatives. But while May had a clear rationale for calling a snap election (namely, to secure a larger mandate for Brexit), it is not clear why Justin Trudeau did the same.

Though he sits atop a minority government that is largely buttressed by the support of the Left-wing New Democratic Party (NDP), there was little the Trudeau administration was unable to achieve with NDP support. Instead, his decision to call an early election has been viewed by voters as a cynical political gesture, with the Prime Minister looking to capitalise on his country’s (albeit belated) vaccine success.

While the polls this past summer had shown the government doing reasonably well, Covid caseloads were already starting to rise when Trudeau called for an election. Fortunately for the PM, cases seem to be tapering off, but he has made himself a hostage to fortune as various regions struggle to contain the Delta spread.

Even though his government has been credited for a good rollout (Canada now has a higher proportion of its population fully vaccinated than either the U.S. or U.K.), Trudeau has chosen not to focus on this during his campaign. Rather, the PM been trying to revive the old Liberal fears about the Tories: namely, that they are climate change-denying austerians determined to cut funding for public services.

The problem here is that Trudeau’s own government took over the TransCanada oil pipeline, so his claims about decarbonising the economy ring hollow. What’s more, many workers fear that they shall bear the brunt of the adjustment of the new “green agenda”; fossil fuels are still a substantial industry with lots of high paying skilled jobs, especially in western Canada.

But on a broader level, it would seem that Trudeau has misjudged his political opposition. Like Boris Johnson’s Conservatives, the Canadian Tories have tacked Left on pro-worker policies, thereby neutralising a lot of the traditional concerns about voting for them. Under their highly capable new Leader, Erin O’Toole, the party’s brand of pro-worker conservatism, which includes benefits for gig workers, worker representation on corporate boards, and protecting pensions from corporate bankruptcy has given voters a positive reason to vote Conservative — a stark contrast to the Liberals, who are offering very little new.

For his ill-judged act of political opportunism, Trudeau may now find himself making a return to the back benches.