Brexit was not a ‘Whiggish’ project

There was no Brexit ‘war’. Credit: Getty

Is Brexit really a Whiggish project? James Hawes seems to think so, judging from his review of Robert Tombs’ new book (This Sovereign Isle: Britain, Europe and Beyond) in The Spectator.

He mocks Tombs for comparing the campaign for Brexit to the Glorious Revolution. It’s this sort of thing which contradicts Tombs’ otherwise Tory take on British history, he argues.

But Hawes makes some rather dodgy historical comparisons of his own: “England is indeed well governed and peaceful — so long as its elite remain united. Whenever they split (the Reformation, the Civil War, 1715, 1909) the result is bitter strife.”

These events he compares to the “three-decade Tory war” over Europe. But the latter wasn’t actually a war, was it? It was a long-running disagreement on an issue of principle, that was settled democratically. No one was burned at the stake, there were no pitched battles, invasions or massacres.

Nevertheless, Hawes goes on to develop his argument: “The three-decade Tory war was very public. This more than anything made ordinary Englishmen doubt their natural leaders.”

Really? More than the catastrophe of the Iraq War? Or the ruinous financial meltdown on 2008? Or a decade of austerity? Or the scandal that is the housing crisis? Or the failure to control immigration?

When Tombs argues that “mistrust and anger have accumulated” in the ruling establishment, Hawes can only guffaw: “in whom exactly has this ‘mistrust and anger’ accumulated? Tombs need produce no plaintiff, for this is no English court. He is a quaestor working in the name of the people.”

The answer, of course, is the 52% who voted to leave — and the millions of former Labour voters who delivered the Red Wall to Boris Johnson. Is that enough identifiable mistrust and anger, for you?

In support of Hawes’ argument, John Milbank (another anti-Whig Remainer) tweets that Brexit is “ultra-capitalist” and “UNDOES Red Tory and Blue Labour ideas”. Then he really goes for it:

But the ‘England in its own’ of Brexit Fantasy falls naturally into the camp of cold whiggery as revealed by the way Tombs has backtracked in his real insights. Not seeing this, many in Blue Labour have been duped in just the way that the Red Wall has been duped.

This is just so contrived. If it’s “ultra-capitalism” you want, then how about a Single Market that constitutionally embeds the “four freedoms” — i.e. the untrammelled export and import of labour and capital across national border in response to the demands of big business?

Brexit Britain at least has the democratic option to choose a different course. Capitalism, socialism, mutualism: it’s up to us.

And as for “cold whiggery”, what could be colder or more whiggish, than building a superstate from the top-down, severed from any living national tradition? Just look at the symbols of the federal bureaucracy — for instance the uniforms of ‘Frontex’, the new EU border force — can you see much Toryism in any of that?

Of course, terms like ‘Whig’ or ‘Tory’ are themselves historical anachronisms. The last examples of both died a long time ago. But they do have modern day equivalents. And it’s blindingly obvious how they line up on Brexit — and why. 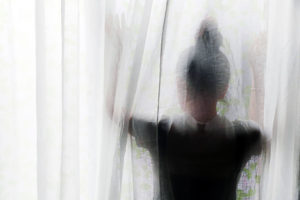