< Previous
How partisanship shapes attitudes to immigration
Next >
Memo to the Democrats: stop racialising everything
by Peter Franklin
Thursday, 29
April 2021

Like the viruses they’re meant to fight, apps are mutating when no one’s looking

Big Brother is watching you

I am not a lockdown sceptic. I’m pro-mask, pro-vax and pro border control.

And yet I’d have to be naive not to worry about the dramatic extension of state power over private life. In particular, I worry about the surveillance technologies that governments around the world are using to control the spread of the virus.

On the face of it, a tracing app on your mobile phone is less oppressive than, say, a police officer fining you for sitting on a park bench. However, it’s the unobtrusiveness of the tech that should concern us.

Rather like the viruses they’re meant to fight, apps have a habit of mutating when no one’s looking.

Take a look at what’s happened in Singapore. The story is told in a must-read Twitter thread by Kirsten Han — a journalist and civil liberties campaigner.

The tale begins with TraceTogether, an app which allows users to swap anonymised identifying data when they come within two metres of one another. The data becomes de-anonymised if a user tests positive for Covid — alerting all other app users that he or she swapped data with.

Han also describes a different app called SafeEntry, used to facilitate the scanning of QR codes so that users can enter particular locations. Use of SafeEntry became evermore essential, due to the number of buildings and facilities that require visitors to provide Covid-related information.

You can probably guess what happened next. Late last year, TraceTogether and SafeEntry were combined into a single app. Thus a system that records who you meet merged with one that records where you go.

Despite government assurances that the collected data would only be used for contact tracing purposes, Han explains how this isn’t quite true. As it turns out, the data can be used for certain police investigations that have nothing to do with controlling Covid.

Ironically, what this reminds me of is the way that viruses exchange DNA so that features from separate strains come together to form a new super-strain. This can happen through natural gene flow or ‘gain of function’ experiments in laboratories.

Like Kirsten Han, one can absolutely see the value of tracing apps in controlling the virus (which Singapore has achieved with notable success). However, one also has to consider these systems’ ongoing evolution.

In human affairs there is a tendency for the voluntary to become compulsory and the temporary to become permanent. This doesn’t depend on high profile policy decisions — force of habit, inertia and excessive caution can do the job instead. Furthermore, there’s the ‘gain of function’ factor — the tendency of governments and corporations to merge separate IT systems set up to monitor and influence particular aspects of our behaviour, thus creating something greater than its component parts.

If we do enter this new world of high tech surveillance, it must be with our own eyes wide open. 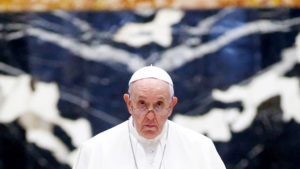