< Previous
Plato would not have approved of "Platonic marriages"
Next >
Mercer's right: veteran suicides are a stain on this nation
by Peter Franklin
Thursday, 3
June 2021

It's one of Asia's fastest growing economies, but no one talking about it 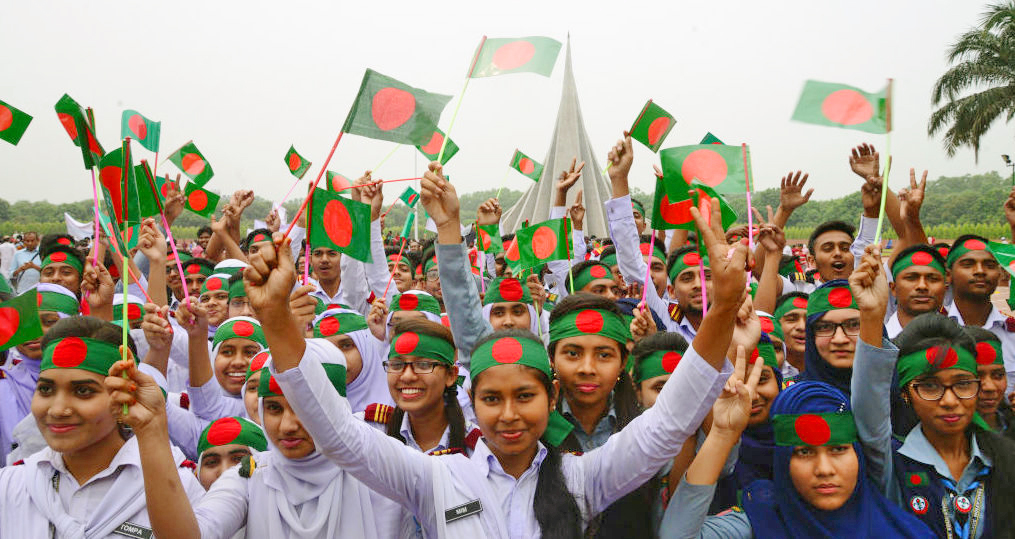 What is the world’s most under-reported country? There’s a good case to be made for Indonesia, but another candidate is Bangladesh — which celebrated its 50th anniversary as an independent nation back in March.

Sandwiched between India and Myanmar, it’s not a big country — roughly the same size as England and Wales. And yet, with a population of 163 million, it has more people than Russia.

It’s also one of the great Asian economic success stories. In an eye-opening piece for Bloomberg, Mihir Sharma argues that Bangladesh deserves a lot more attention than it’s received:

This month, Bangladesh’s Cabinet Secretary told reporters that GDP per capita had grown by 9% over the past year, rising to $2,227… In 1971, Pakistan was 70% richer than Bangladesh; today, Bangladesh is 45% richer than Pakistan.
- Mihir Sharma, Bloomberg

In per capita terms, Bangladesh is now richer than India too.

If the country can maintain its current rate of growth over the next couple of decades, then it will become the economic epicentre of the entire region. It’s exclusion from such forums as the G20 is becoming harder to defend.

Indeed, it’s weird just how often Bangladesh is ignored even in discussion about emerging economies. When groups of such countries are identified by acronyms like BRICs (Brazil, Russia, India, China), MINTs (Mexico, Indonesia, Nigeria and Turkey) and CIVETS (Colombia, Indonesia, Vietnam, Egypt, Turkey and South Africa), B for Bangladesh is conspicuous by its absence.

So why is Bangladesh so unfairly overlooked? My guess is that it doesn’t fit standard Western narratives, whether of the Left or the Right.

For a start, there’s the fact that fifty years ago it didn’t gain its independence from a European colonial power, but from Pakistan — of which it was the eastern part until the Liberation War of 1971.

Bangladesh is also an overwhelmingly Muslim nation, but does not conform to ‘Clash of Civilisations’ stereotypes of what a Muslim country is supposed to be like. Its leader, Sheikh Hasina, is a woman. And improvements to the status of ordinary women is an important contributor to the country’s economic progress.

It’s not that Bangladesh is a perfect democracy with an unblemished human rights record, but Sharma is right to say just how far it has moved from the days when Henry Kissinger called it a “basket case”.

Rather than the South Asian stereotype of an economy based exclusively on call centres and the like, manufacturing is the driving force of Bangladeshi growth. Whether that momentum can be sustained is now the big question; but with the West looking for alternatives to its dependency on Chinese exports, Bangladesh could be well placed to benefit.