My country had a chance to eliminate the virus, but we failed 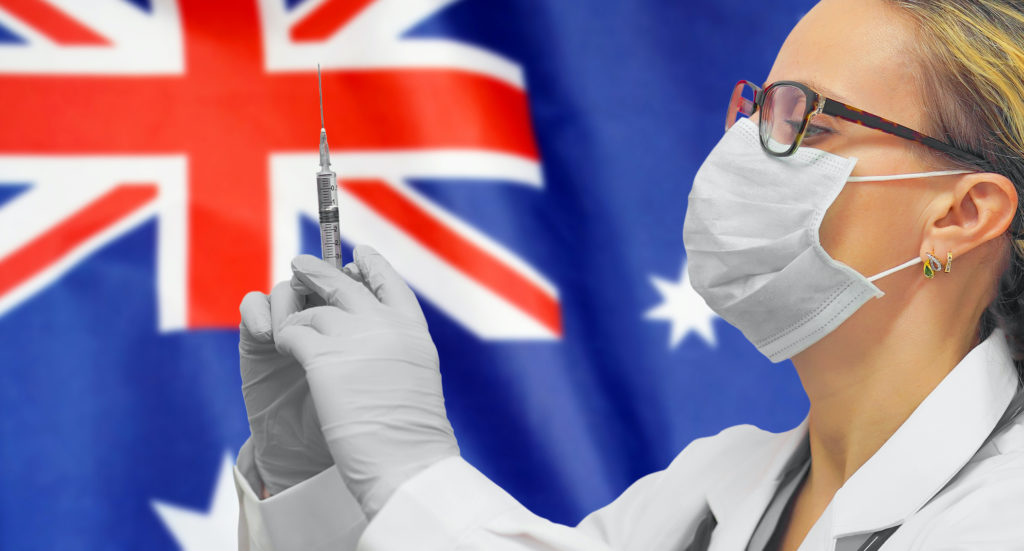 Australia, up until a few weeks ago, was the lucky country when it came to Covid-19. With the notable exception of Victoria, we avoided the worst of the Covid pandemic. Our geographical isolation and transformation into the Hermit Kingdom of the Antipodes had a lot to do with it. For much of last year our blue skies were empty — no international flights and, for the most part, no interstate flights. But then we made our first mistake. As Covid-19 appeared to vanish from our midst, Australians began to believe we could eliminate it forever.

This eliminationist delusion explains the lockdown mania that continues to grip Australia. Just this week, the state of Victoria tightened mask-wearing restrictions after 10 new cases, which was followed by a five-day lockdown. Incredibly, the state was said to be on “high alert” after just one new case.

In this, Victoria’s Premier Daniel Andrews has form. Last year, he imposed a Stage 4 lockdown on Melbourne from August to October. His crackdown ticked all the boxes on the so-called Stringency Index, including stay-at-home directives, school and business closures, travel restrictions and mask mandates.

The brutality of the 112-day lockdown in Melbourne was justified by the vision of a virus-free state. No small claim given that at the time Victoria accounted for more than 90% of virus-related deaths in the entire country. The rest of Australia looked on in dread at the heavy-handed measures taken by the Andrews government. It is only fair to add that New South Wales, South Australia and the other states opened up their borders to Victorians after Andrews’ eliminationist strategy had been ruthlessly pursued to its logical conclusion — the virus, seemingly, vanquished.

NSW Premier Gladys Berejiklian had a reputation for eschewing the more draconian measures of her Victorian counterpart, but that reputation is likely to change as the Delta strain takes hold of Greater Sydney. Lockdown restrictions are increasing as the likelihood of containing the virus continues to diminish. Progressives will attack Berejiklian for not imposing a lockdown fast enough at the beginning of the latest Covid-19 outbreak; conservatives are more likely to castigate her for trampling on our rights and freedoms. Neither tells the whole story.

By April this year, the AstraZeneca rollout in Australia had turned into a stroll out. To this very day only some 10% of Australians are fully vaccinated against Covid-19. Australia is ranked 38 out of 38 for least vaccinated country in the OECD. There are any number of reasons for Australia’s vaccine hesitancy, not least a scare campaign whipped up about the rare side-effects of AstraZeneca. The limited availability of the alternative Pfizer vaccine, considered more suitable for younger Australians, only added to a nation-wide sense that vaccination could be put off until another day.

Australia’s relative isolation, in retrospect, did not give us a free pass, only a reprieve. We had been lucky, but that luck had to run out at some point. As Australians were repatriated from overseas, some were infected with the incredibly contagious Delta strain and the return of Covid-19 to our shores was inevitable. A Covid-free Australia had the chance, starting in late February 2021, to vaccinate itself against the inevitability of the virus’ reappearance. We failed to make it happen. As Paul McCartney chided John Lennon in an early post-Beatles song, ‘You took your lucky break and broke it in two’.

Saw something on YouTube yesterday – people polled in Southern Australia believe there is a 38% likelihood of dying from the Delta variant. Have Australians been locked away from facts and figures too?

Yes, absolutely. The Covid virus has a status of the bubonic plague down here. And if you start from this unchallenged premise, then all the draconian measures make sense.

Zero Covid Australia was only ever going to work if no one ever arrived or left again. Ever. The reality is exposure to pathogens is generally good for our immunity as individuals and as a society. Aboriginal peoples around the globe were decimated by diseases that did not kill anywhere near the same proportion of Europeans for the very reason they had been living in a bubble.

This is correct. Several Aussie friends who exhibit a mixture of self-satisfaction (“we’ve done everything right”) and fear (“are people in the US really abandoning masks?!”). Whenever I ask if Australia isn’t just delaying the inevitable, as the virus will find its way as soon as the country opens up, I get blank looks over the video feed.

Biggest police state in the world. I have been warned off going there, even though I have family there. It apparently makes the nanny (ninny?!) state of England look free-wheeling.

Indeed. It is quite incredible that most Aussies still think they live in a democracy. It is a dictatorship 101, at the back of the incompetent (stuffing up the vac rollout as much as possible) and gutless (hiding behind the ‘medical advice’) state (greeting from Melbourne!) and federal governments. I would not recommend a visit any time soon.

The ridged and heartless authoritarian Australian officials may certainly make people question visiting or settling in Australia.
A once open country renown for its positive attitude losing its way.

Rather disappointing article given it doesn’t really say much that is not already contained in the headline.
My main takeaway is that it doesn’t matter what your government does, you are going to go along with it, little or no questions asked. Whether it is Sweden’s liberal approach or try NSW penal colony one it doesn’t seem to matter. I wish someone explored this aspect of human behaviour.

“it doesn’t matter what your government does, you are going to go along with it,”

Echoes of “On the Beach”.

“Australia, up until a few weeks ago, was the lucky country when it came to Covid-19.”

No it wasn’t. It was one of the most scared, frightened, cowardly, silly, oppressive, repressive, self harming, over reacting countries.

Also a indication it still acts as a colony economically – it digs up its minerals and sends them off to China, with its other natural resource stuff – so can lock down and just send out ship loads of its resources, and no problem. No need for allowing anyone in and out. Sort of like Canada, but more realistic as it has no land border.

What a crazy policy though. Locking its people down. Hardly free, is it. What is it with Canada, NZ, and Australia? Off hiding in the basement like a bunch of frightened old women.

I feel scorn, as do you.

I wish you did not mention ‘frightened old women’. Plain good ol’ sexism! I know many brave old women and cowardly men of all ages. Otherwise agree with your assessment.

How dare they….. (but the images are how I think of Australians lately)

Look, the Victorians had a nasty long lockdown, but for most of us the short lockdowns have hardly been worth rebelling against. I was able to work from home for a week and avoid the freeway traffic, I was able to go down the beach as usual for a run and swim each morning, I was able to go to my local gourmet deli, which has everything I need, able to go and see my brother as usual … so, a fairly slack Australian type of lockdown.

From Breaker Morant to that Borroloola Grazier fixing his Cessna with number 8 fencing wire; Australians, through generations, demonstrate an extraordinary creative ability successfully managing risk. It is clear that this virus has shaken the National character in ways both unforeseen and unusual. More so than most Nation States. Understanding how and why would seem to be essential research for “the lucky country” to restore its unique strength of character.

I’ll keep asking the Branch Covidians until I get an answer — what is the point of forcing vaccines on people if they still have to mask up and behave as though they were in the midst of some kind of biblical pestilence?

This was also a good read about Australia’s complacency and exceptionalism: https://www.bloombergquint.com/gadfly/australia-s-covid-success-gave-way-to-botched-vaccine-rollout-insularity