< Previous
When will the 'experts' apologise for their Brexit predictions?
Next >
The European Super League shames the people's game
by Mary Harrington
Monday, 19
April 2021

Why the new liberal elite is coming for the WASPs Rep. Marjorie Taylor Greene was one of the GOP members linked to the Anglo-Saxon report

Is the phrase ‘Anglo-Saxon’ racist? Across the pond, a Republican Party policy document defending ‘Anglo-Saxon political traditions’ has re-ignited this argument. But it’s less about race than an increasingly hotly-contested front in America’s intra-elite class war.

For many liberal Americans, ‘Anglo-Saxon’ today connotes white supremacy. In England, though, the story is somewhat different — and inflected more by class and culture than clear differences of skin colour.

When the late Gerald Grosvenor, Duke of Westminster, was asked by a journalist what advice he’d give someone seeking to become rich today, he replied: “Make sure they have an ancestor who was a very close friend of William the Conqueror.”

The closest thing the British Isles has to an ethnic subgroup with a stranglehold on political power is arguably this residual Norman aristocracy, not the Anglo-Saxons. Descendants of the 1066 invaders remain overrepresented in positions of wealth and power, even as Norman-origin names predominate in England’s middle and upper classes.

But this dimension of class is largely absent from arguments about ‘Anglo-Saxon’ across the pond. American law and politics does indeed incorporate many traditions with antecedents in England. Heavily represented among the founders and subsequent administrators of this regime, is a group that was until recently the equivalent of America’s Normans.

This group, still often synonymous with America’s ruling class, are the WASPs or ‘white Anglo-Saxon Protestants’. It’s this caucus whose political outlook and institutions are, for good or ill, identified in the US with the phrase ‘Anglo-Saxon’.

But just as with the once-Norman aristocracy, this has over time become more a caste than a clearly defined ethnic group. And in any case, this heritage isn’t even ‘Anglo-Saxon’ properly speaking. Such common-law practices that were adopted by America’s English founders largely date from the post-1066 Norman era, when the Norman invaders from France (in fact ethnically Scandinavian) installed a new aristocracy over the heads of the Germanic tribes that then dominated mainland England, after themselves displacing the Celts.

In other words, there are no ethno-nationalist conclusions to draw from those elements of America’s political heritage that are English. But this is irrelevant in a setting where the meaning of ‘Anglo-Saxon’ is totemic. Instead, we find the complex early history of European tribes, invasions and counter-invasions flattened into a generic idea, either of ‘Anglo-Saxon’ in a positive sense, or ‘whiteness’ in a negative one.

The upshot of all this is a discourse that struggles to comprehend power operating on any axis other than skin colour. And yet this is precisely the framing that makes the debate over ‘Anglo-Saxon’ intelligible. That is, it’s less about race than it is about the fact that the WASPs are losing their hegemony, and a new liberal elite seeks to replace them with its own people and values. Traducing WASP institutions and values is a crucial part of that project. 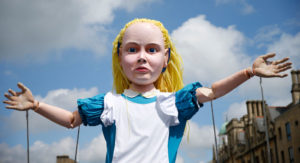