< Previous
Why won't Labour stand in Northern Ireland?
Next >
The Left is curiously silent on Cuba
by Ed West
Tuesday, 13
July 2021

What would victory have meant for England? Very little

Sporting wins rarely — if at all — portend a golden age 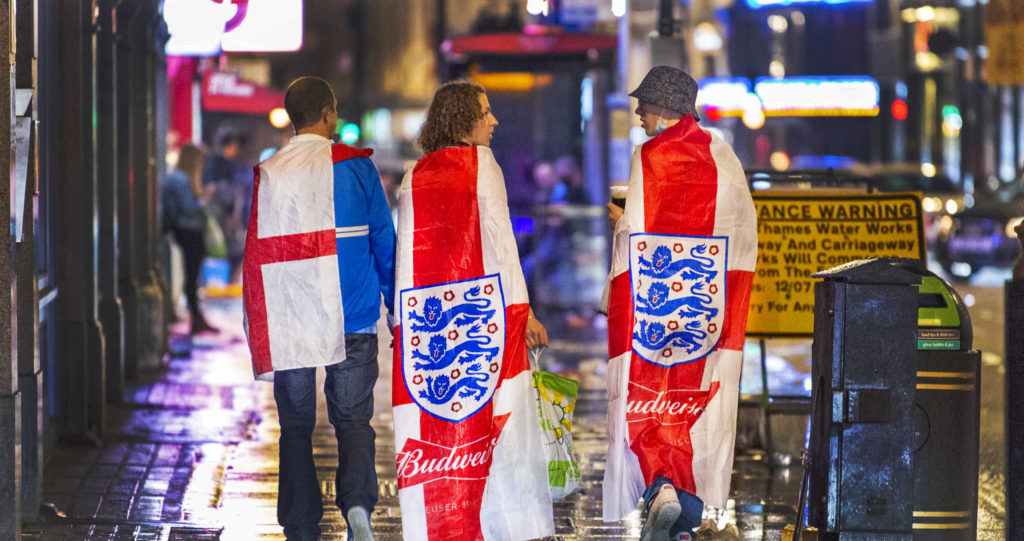 If you’re still feeling sad, it’s probably because your testosterone level dropped by up to 20% following Sunday’s defeat.

Oh well. If there’s any consolation to be had, at least we have been spared The Discourse that tends to greet sporting victory. How this will change everything.

Back in 1998 there was huge amount of such commentary after France won the World Cup at home. Les Bleus were the first great multi-racial national team in Europe, and the World Cup winning side had players from a variety of backgrounds, from the Norman Emmanuel Petit, clearly a descendent of Rollo, to stars of Caribbean, Maghrebi and black African descent, the team of Thierry Henry, Zinedine Zidane, Patrick Vieira and Marcel Desailly.

A thousand think pieces followed, about how this was going to bring together a troubled, divided nation in which racial tension was a serious problem. Football had healed the country’s wounds.

Four years later, Jean-Marie Le Pen made it through to the second round of the presidential election for the first time, in a historic breakthrough for the far-Right.

Yet because no one ever learns anything in journalism, there was renewed optimism in 2018 when France won the World Cup for a second time. The country was united, there was joyful euphoria in the streets, old enmity forgotten. Within four years, 20 retired generals were warning that the country was heading towards civil war, a fear shared by the majority of the population.

Football is by far the best sport on earth, and only deviants think otherwise. It can bring great joy to us as individuals, but victory makes very little difference to a country. It says nothing really of national greatness, although leaders like to bathe in its glory.

Argentinians might have thought their time had come after their first World Cup win in 1978, followed by a second eight years later. Yet in 1982 the country was humiliated, the regime was toppled, and it has since endured a further four decades of crisis and failure, a basket case. In this their story is not dissimilar to Brazil, which two years after its 1962 triumph saw a coup that led to 20 years of dictatorship. Greece won the Euros in 2004, and then famously enjoyed a decade of untrammelled economic might. As for Italy, who knows what exciting future fate has in store?

Some football victories do seem to represent something wider; England’s World Cup win is associated with London’s 1960s renaissance, while West Germany’s win in 1954 symbolised the country’s rebirth from the ashes, and its 1990 victory came amid reunion.

There is evidence, from Africa, that national football success does make people more trusting of other ethnic groups, genuinely helping to build a national identity, while national teams can temporarily unite a divided country, like Italy.

But not for long, and sporting victories don’t portend a golden age.

It’s not just football. For a certain type of British commentator the opening ceremony to the 2012 Olympics represents the historic high point of our civilisation. It was a great show, well-written, exciting and funny, and I enjoyed it. But to some people it symbolises some significant moment in global liberalism, and the coming of a certain idea of Britain, a progressive patriotism in which the whole country reflected their own values.

Two years after that Olympic moment, which people still get weepy over, Ukip became the largest British party in the European Parliament; another two years and Britain voted for Brexit. It didn’t really mean anything in the end.