The tides are turning for the once untouchable SNP Can you see it? There goes our lead. Credit: Getty

For months, it has seemed as if the SNP were politically untouchable. No matter how many bad news stories came and went — and they were legion — there was no sign that it was registering with the Scottish electorate.

Yet new polling suggests the Scottish Government’s gross mishandling of the allegations against Alex Salmond, and its ham-fisted and increasingly obvious attempts to cover it up, may have been a bridge too far.

If the figures from the Scotsman are accurate, the Nationalists are no longer on track to win a second, supposedly-impossible overall majority at Holyrood in the upcoming elections.

On paper they would still come incredibly close, picking up an extra MSP and falling short by only one seat. But in 2016 their eventual result under-performed their polling, so things could be more serious than they initially appear.

It isn’t all good news for unionists. The Conservatives would lose one seat and Labour four, with the beneficiaries being the pro-independence Scottish Greens — resulting in a larger separatist caucus overall.

(Although, under the vagaries of First Past the Post we can’t rule out a Labour revival helping to return Tory MSPs by taking votes from the Nationalists.)

But it would still help Boris Johnson’s bid to refuse a second referendum if it looked as if the wind were going out of Nicola Sturgeon’s sails — especially with other polling for the Times finding voters more resistant to the idea too.

A larger Green caucus may also change the dynamic in the Scottish Parliament. To date they have been viewed as a pliable pool of extra votes for the Nationalists, but if they do return a record ten MSPs the pressure will be on to carve out a more distinctive role for themselves.

But another set of figures from the Scotsman are even more interesting: favourability ratings for both Boris Johnson and the British Government, whilst still negative, are both up by 14 points apiece.

If you’ve been following the commentators, this is a baffling result. The Prime Minister has been described as a ‘recruiting sergeant’ for the separatists. His more muscular constitutional strategy, embodied in the UK Internal Market Act and now the Union Connectivity Review, has been denounced in similar terms.

Yet there was never much evidence of a public backlash against the Government’s new power to spend extra money in Scotland and Wales, and this new data only reinforces the case that voters are not nearly as averse to a larger role for the British state as the devocrats would have us believe.

Of course, both Johnson’s and his Government’s scores are still negative. But with the Treasury now primed to start putting hundreds of millions of pounds into UK-funded projects, these results suggest there is real scope for actually winning voters back to British governance — a sea change from the old strategy of hacking away at the Union and hoping for the best.

Ministers will want to be very careful not to do anything to revive the SNP’s fortunes ahead of the elections. But come May 7th, the next round in the fight for the United Kingdom will be on. 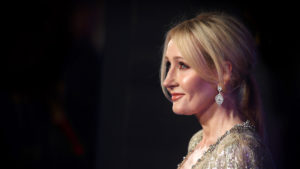