< Previous
The housing market that wouldn’t die
Next >
Is Joe Rogan right about young men and video games?
by UnHerd
Thursday, 30
July 2020

The most important fact about the stock market

Why do investors keep piling back into stocks?

Warning: This is not an investment tip — it’s much more important than that. It’s about something really big, and really weird, that happened to capitalism roughly thirty years ago.

You can see it in the following chart. It’s from a VoxEU article by Dmitry Kuvshinov and Kaspar Zimmermann, and it condenses 150 years of stock market data from 17 countries. Specifically, it shows stock market capitalisation (i.e. the combined value of publicly traded shares) relative to GDP: As you can see, the graph divides into two time periods. In the first 120 years (i.e. 1870-1990) the size of the stock market never exceeds half the size of the economy — and is usually well below that level. However, in the last 30 years, stock market capitalisation has surged — sometimes hitting 100% of GDP or more.

Of course, share prices go up and down, and I should stress that the graph shows averaged values to help cut through the noise. But that’s all more reason to be intrigued by the overall pattern. What happened to capitalism circa 1990 to make such a big difference?

Was it that publicly traded equity became a much important way for business to raise capital? Did ‘Big Bang’ stock market deregulation encourage more companies to issue more shares, thus growing the size of the overall market? If it did, that would be fine — equity finance has many advantages over debt.

But Kuvshinov and Zimmerman crunch the numbers and find that, no, this does not explain what happened. Rather, the remarkable growth of stock markets is due to share prices going up. Despite the crashes of the last three decades, investors keep piling back into stocks.

And there’s a reason for that: Listed companies are making a lot more money than they used to. Again, that might not be bad news if it reflected a generally booming economy. But it doesn’t. The last thirty years has been marred by the stagnation of growth, wages and innovation. Corporations have been taking a bigger slice of the pie at the expense of workers — which is good for executive remuneration (including share options), but bad for the rest of us.

In short, the expansion of stock markets isn’t a sign of healthy capitalism, but the very opposite. 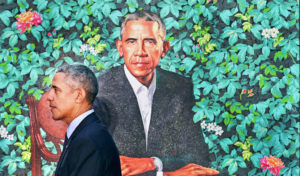