< Previous
Andrew Cuomo’s shame should be shared by the media
Next >
First evidence from Spain: the impact of lockdown on fertility
by Ed West
Monday, 8
March 2021

The EU are the populists now

On vaccines, the bloc's disregard for norms is distinctly Trumpian To be a supporter of the European Union means almost by definition being opposed to populism. Whatever the differences between member-states and supporters, the EU is against the populists, whether the Trumpians and Brexiteers in the West, or Fidesz and PiS in the East.

Populism includes a number of characteristics but one of its major planks is an appeal to ordinary people, bypassing the political class, the technocrats, economists and so-called experts. Populism upholds the sovereignty and virtue of “the people” and is largely a response to the belief that members of the governing class put the interests of the economy and the global political system ahead of voters. Populism is a response to globalisation, in particular multiculturalism and growing diversity, but also the economic consequences of offshoring (US counties that lost jobs to China post-2001 went heavily for Trump).

There is much to dislike about populism. Perhaps the worst characteristic, at least in the West, is a marked tendency to ignore norms and long-established rules, which are associated with those same career politicians they’re against. Trump was a true populist in this sense, appealing directly to voters, flattering their prejudices, belittling experts and crassly insulting foreigners.

That is what the EU is against, and that is why EU sympathisers have always been so keen to paint its opponent Boris Johnson as a populist, when he clearly isn’t (he’s popular with voters, but that’s another thing).

And yet, if a year ago someone told you that, post-Brexit, one side would crudely invoke the Northern Ireland protocol because they’d screwed up vaccine procurement, surely the majority would have suggested Boris’s Britain.

If one were to predict which country’s leaders would have created panic about a safe vaccine because they had made a mess of ordering it, the obvious choices would have been Brazil, India or, had he won, Trump’s USA — not Germany, France and the EU.

If you were told that Italy had blocked shipments of vaccine to Australia for reasons of purely naked vaccine nationalism, you would naturally have assumed the country was now ruled by Salvini’s excitable radical Right, not a bunch of boring, centrist technocrats.

While populists trust “the people”, a core belief of anti-populists is that the voters are essentially easily fooled rubes, agitated by culture war non-issues to distract them from what really matters. And in this case they’ve been proved half-correct, since large numbers of Germans, Italians and French people have been convinced that the safe and effective AstraZenica vaccine is not worth taking.

Populist politicians tell lies, but it’s rare that their lies end up costing tens of thousands of lives. And if the EU’s raison d’être is to encourage good governance and political norms in the face of populist pressure, then what now is the point when they just routinely lie like this? Once these norms are broken, breaking them becomes the norm. 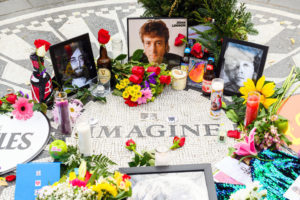