Whenever the French huff that some unwished-for social development, from school shootings to “safe spaces” in universities, could “only happen in America” (or, more broadly, “chez les Anglo-Saxons”), you can reliably bet on it reaching France within five years. And so it is with new intergenerational woke wars among the staff of liberal media institutions like Libération (founder: Jean-Paul Sartre, 1972, at the height of his Maoist phase), now restyled as “Libé”; or Le Nouvel Observateur (now “L’Obs”), the anti-colonial newsweekly founded by Jean Daniel in 1950; or even — whisper it — in some departments of the venerable Le Monde.

On one side, most well over 50, are the heirs of the founders and of the old French universalist Left. On the other are twenty-somethings newer hires who despise l’Esprit Charlie, analyse everything through the prism of American-style “systemic racism”, and believe reporting on any conservative issue (e.g. Éric Zemmour’s rise in the polls) should be reduced for fear of “giving a platform to the fascistosphere”.

A shrewd Le Figaro report by Claudia Cohen, published yesterday, points to the moment when the battle started: last summer, when a member of the Le Monde and L’Obs boards, the respected writer and media consultant Édouard Tétreau, refused to stay on as a L’Obs administrator. Facing his board colleagues, Tétreau pointed to a special issue entitled “Slavery, a French History”, arguing that deconstructing the entire national narrative through a single ideology was dangerous and that it was a betrayal of the French Left, from Jean Jaurès, Georges Clemenceau, Albert Camus to the magazine’s own founders. The rest of the board stared at him in horror before they started abusing him. No one, not even L’Obs’s owner, the banker Louis Dreyfus, wanted a piece of this heresy. Tétreau was, apparently, using the arguments of the extreme-Right.

Yet, says Cohen, many journalists at L’Obs, or at Libé, express the same worries — privately. “You can’t make jokes any longer”, one tells her. The young generation is “obsessed with political correctness.” The previous editor in chief of L’Obs, Dominique Nora, wrote, shortly before her departure a year ago, an editorial criticising the radical feminist Alice Coffin for calling all husbands and fathers “rapists” and “molesters”. She went on by suggesting that parity and abuses against women would be better fought with the help of male allies. The website staff, younger and more radicalised, started agitating against Nora — the same demographic, tech and social-media obsessed, who led the bullying of the journalist Bari Weiss at the New York Times at about the same time.

At Le Monde, reports Cohen, the editorial staff is similarly divided over secularism, the French principle of laïcité, which since 1905 guarantees State neutrality toward every faith — and the right for all to practice their religion as a private matter. The line of the younger generation apes the American one, with the French ban on religious symbols, such as crosses and headscarves, in the public sphere (schools, the civil service, but not universities) accused of racist intentions. At Libé, the hiring of the Charlie-Hebdo cartoonist Coco, a survivor from the 2015 massacre, caused rumbles — and almost every one of her biting cartoons is criticised internally, sometimes brutally.

The media historian Alexis Lévrier believes that the French media will not reach American extremes. He points out the Le Monde, following the current Education Secretary Jean-Michel Blanquer, has consistently criticised le woke. And it’s true that you rarely lose your job for something you’ve said here, although you find that invitations to conferences or State radio panels tend to dry up.

Yet the five-year rule shouldn’t be dismissed lightly. Two weeks ago, Gilles Bornstein, a senior editor at France Info, the State broadcaster’s all-news radio station, told interviewer Ian Brossat (who also happens to be the Communist deputy Mayor of Paris) that Éric Zemmour was “forbidden to appear in our programmes”. (The following day, Bornstein had to amend this to confirm that once Zemmour officially declares his candidacy, he would be invited like all other candidates.) None of France Info’s staff had made any objection when their senior editor, paid like them with the nation’s taxes, decided a political personality polling better than any presidential candidate except Emmanuel Macron should be state-silenced. Amérique, nous voilà! 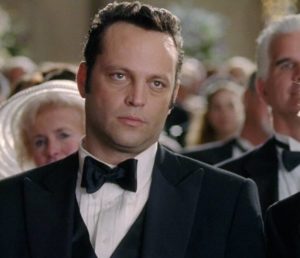