How Slovenia escaped the tragedy of history

30 years since independence the nation has embraced the West 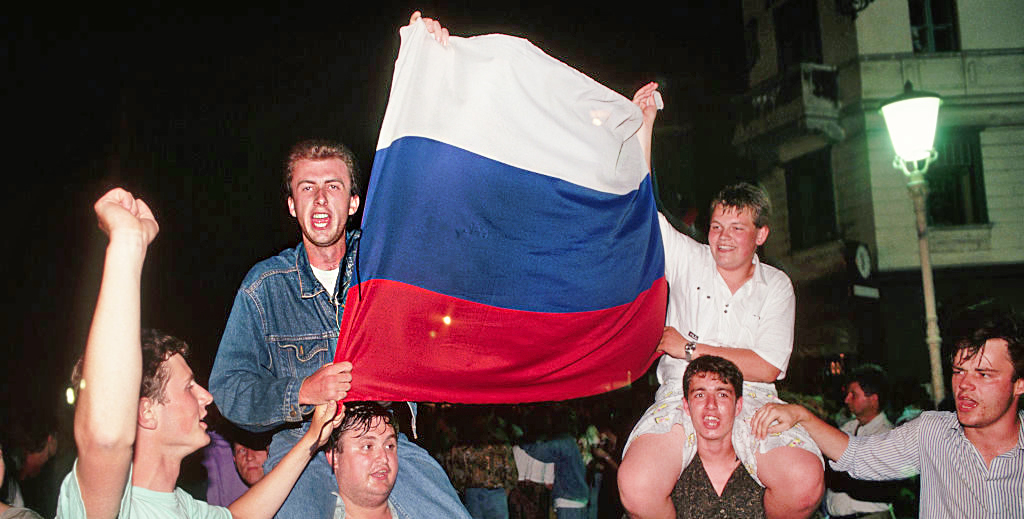 Slovenia has thrived since declaring independence 30 years ago. (Photo by Peter Turnley/Corbis/VCG via Getty Images)

Today marks the 30th anniversary of Croatia and Slovenia’s declarations of independence from Yugoslavia — which would be swiftly followed by the series of wars that would rage in the Balkans throughout the 1990s and into the start of the 21st century.

But while Croatian independence was fiercely opposed in Belgrade and led to a conflict that lasted four years, the war over Slovenian independence lasted a mere ten days, after which the newly independent country was left to go its own way. Whereas Croatia had a large Serbian population, Slovenia’s was tiny; a mere 40,000 out of 2 million. Thus Slovenia, to its great fortune, was regarded by Serbia as something “other”.

Ten days of war vs four years of the same makes a huge difference to a nation’s ability to pursue its destiny, of course. Slovenia was in the first wave of countries from the so-called “New Europe” to join the EU in 2004. Croatia, by contrast, had to wait until 2013, when it became the last country to get in before the doors slammed shut.

And there were other advantages. Not only did Slovenes in the 90s come of age unscarred by war they also entered the 21st century free of association with trauma in the minds of everyone else, unlike their Croat counterparts. Indeed, Slovenia was and still is barely associated with anything, except perhaps Slovakia, due to the confusing similarity of the two country’s names.

Yet this is not a terrible thing. When Western publishers in the 1990s went looking for an author who could write about Yugoslavia, they wanted war and suffering, and found the Croatian writer Slavenka Drakulic. Nobody bothered looking for Slovenians, who were free to define themselves before the rest of the world without reference to a tragedy.

Indeed, those Slovenians who have acquired global renown are an interesting, and provocative, bunch. The most famous living Slovenian is undoubtedly Melania Trump, the long-suffering spouse of the former president of the USA. But readers of UnHerd will also be familiar with Slavoj Žižek, who is probably the most famous philosopher alive today. Unlike many thinkers from what used to be referred to as Eastern Europe, he is not called upon to be a dissident or “tragic” and is so free to be a gadfly, whether he be writing Lacanian interpretations of classic operas or knocking out an entire book on David Lynch’s Lost Highway.

Still more famous than Žižek is the band Laibach, who over the past 40 years have gone from outraging the authorities in communist Yugolsavia, to performing totalitarian versions of pop songs while dressed an awful lot like Nazis, to playing songs from The Sound of Music in Pyongyang. Strikingly, that 2015 concert was described by The New York Times and the BBC as the first performance by a “Western rock band” in North Korea. Thus was Slovenia’s journey from the margins to the centre made complete, albeit in the most unexpected of ways.

Croatia, on the other hand, is yet to produce an ironic cultural theorist profiled by Vice or an avant-garde rock band that stands alongside Coca Cola as a symbol of decadent Western freedoms. Yet, who knows? As the Yugoslav wars recede ever further into the past that may soon change. After all, a new generation has already forgotten about the real Siege of Dubrovnik and today knows this Croatian city only as King’s Landing, an imaginary place where imaginary battles in Game of Thrones took place, with equally imaginary casualties.

“The most famous living Slovenian is undoubtedly Melania Trump, the long-suffering spouse of the former president of the USA.”
Methinks Melania is having the time of her life and is hardly ‘long suffering’.

My thoughts too. Seems nobody in the media can mention the name “Trump” without putting the boot in.

I think the author misses an important point. Slovenia was, by far, the most ethnically homogenous of the Yugoslav republics. Nearly all (90%) of those living in Slovenia were Slovenes. This is key – and a sad commentary on the risks that face multi ethnic states. Croatia and Bosnia were ethnically divided: Bosnia especially so. That surely is the key reason why the civil war was so bad in those areas. It remains a strong problem in Bosnia now and there is a sort of two state system with UN troops still policing things.

I know he said that, but that single statement creates a misleading impression. It implies the root of the Yugoslav war was solely from a Serbian cause. In reality surely it was the much more complex ethnic and religious divides of the other republics that were the crucible of the war – Slovenia was very different and able to stay isolated. The big drivers were both Croat and Serb drives for Greater Serbia and Greater Croatia and the particular focus of the war and atrocities was in Bosnia, with its extremely mixed Serb, Croat and Bosniak population. I guess that was the point I thought could have been emphasised more.

This made me laugh. I’ve got a Slovenian granny who claimed her early years there involved fighting a bear with matches in the woods so that’s been my overriding image of the place, although it is almost certainly false because she will say anything. I’ve managed to track down some long lost distant cousins in Slovenia now thanks to the power of DNA and I look forward to learning more about the place.

True that Croatia started after Slovenia but you only have to visit Croatia to see that it will always be more important than Slovenia – geography and natural resources will win in the end.
Presumably, a lot of those Serbians are still there. Are they finding it possible to assimilate?

A lot but not all. Don’t believe it.

Laibach are more famous than Žižek? I have been living a very sheltered life.