< Previous
The un-cancellation of Sam Hyde
Next >
Western leaders are madder than I thought
by Katherine Bayford
Wednesday, 31
August 2022

Gorbachev laid the ground for Putin — and his war In his later years, Mikhail Gorbachev would claim that the United States hadn’t won the Cold War, but rather that both sides had lost. This was obviously false; in military, political, and economic terms (not to mention psychological), only one side had been shattered.

That collapse, under the leadership of one man, was followed by the humiliation of the Yeltsin years, during which life expectancy tumbled, the military degraded and state resources were pillaged by a small cabal of gangsters. It was Gorbachev’s character and policy choices that had resulted in these failings, as well as his inability to implement the domestic reforms that were the only way for the state to survive.

By August 1991 Russia was barely functioning and Gorbachev’s authority was waning. He may have believed that his status as President of the U.S.S.R. alongside the threat of economic collapse could protect him from rivals, but Gorbachev soon found himself giving away significant political assets in exchange for good-faith agreements with politicians who despised him. “We do not need the President of the Union… We should remove this odious figure… who is clearly not our friend,” a Yeltsin aide declared on live television before one diplomatic conference. “We don’t need you,” republican rivals shouted to a visibly stuttering Gorbachev, “but you need us.” Publicly mocked and derided, all the while bowing to the demands of his adversaries, the President of the USSR had, in the words of his press secretary Andrei Grachev, reduced himself to a King Lear figure.

In March 1991, around 20% of those within the primary Soviet republics believed it to be better for the union to split than to remain unified. Just five months later, that figure had become a majority. This unravelling of support was not the result of a rapid collective liberalisation, but rather a desperate belief that a rejection of the central state, with its juntas, power vacuums, and collapsing economy, was the only way to restore law and order.

The transition from communism to capitalism under Gorbachev and Yeltsin left many Russians sceptical as to the benefits of liberalism. And no one understood this better than Vladimir Putin, who was chosen as Yeltsin’s successor eight years after the collapse of the Union. Putin had helped defeat the junta of 1991, and was intimately familiar with the deep fears and embitterment that the collapse had engendered. Many in the adolescent Russian state were convinced that its leadership should re-prioritise strong policies to create desperately-needed stability in a country that had suffered a long period of economic and social chaos.

After that, de-liberalisation was inevitable in Russia: no longer would that country suffer the instability and humiliation of the Gorbachev and Yeltsin years. Putin’s strong rhetoric would be backed up with domestic reforms and international aggression, culminating most recently with the invasion of Ukraine. Putin was (at least initially) widely admired within Russia for creating a form of stability and prosperity that had been lacking for decades.

Gorbachev’s glowing, post-retirement reception in the West was at stark odds with his legacy in Russia. For all too many Russians, he was a living reminder of the shame felt from 1991. At the time of his death, Gorbachev’s legacy had directly led to a form of the state that he abhorred. He may be remembered fondly in the West, but in his homeland he will be forever known as the man who crippled Russia.

“The transition from communism to capitalism under Gorbachev and Yeltsin left many Russians sceptical as to the benefits of liberalism” I wonder if the western powers are culpable at all here? The reckless pillage of Russia in the 90s, followed by the expansion of NATO to Russia’s borders, with the broken promises inevitably led to a Russia who logically concluded that the western powers did not have friendly intentions towards her. A terrible lost opportunity.

> He may be remembered fondly in the West, but in his homeland he will be forever known as the man who crippled Russia.

While here in Lithuania, he’s a criminal perp who sanctioned soviet tanks to roll over crushing & killing people at tv tower on 13 Jan ’91.

A bit like how Poroshenko and NATO and now Zelinsky will be remembered in eastern Ukraine.

Rot. Utter rot!
Russia has agency and Russia has historically had its notions of empire, of the “Near Abroad”, of its God-given right to dominate its neighbours. I wonder if the British Left actually know they’re not telling the truth when they parrot Putin’s propaganda.

I would say the biggest errors of the West was not in terms of geopolitics but in politics and economic:
a) Being seen as visibly supportative of that drunk buffoon Yeltsin, even Clinton sending ‘crack’ spin doctors over towards helping him manipulate the media to get him re-elected
b) Handing over the economy of Russia to a bunch of academic economists who thought they could replicate Pinochet’s Chicago Boys shock treatment in a vastly different geographical, historical and economic context, one where there was no real rule of law, botched, corrupt ridden privatisation created a neo-feudal oligarchy and the mafia took advantage of capitalism with weak institutional checks.
Putin was very much the man who saw an opportunity in clearing up these messes, which he did. That sort of “return to order” gives you solid political capital to pursue your own interests, as Thatcher found out after the miners’ strike.

HIstory will prove Gorbachev correct in his analysis of the Cold War. It brought unipolar dominance to the US but by then the US was hopelessly addicted to a military economy and that has not changed. The US military-political-industrial complex requires a military enemy for justification and if none is present then it will be invented. Hence, Iraq-1, Afghanistan, Iraq-2, Syria, Libya, and now the Ukraine proxy war against Russia together with threats and provocations against China.
Meanwhile the standard of living in the US is third-world: 1% of the population are extremely wealthy and 50% have almost nothing. The top 10% hold 75% of all wealth. A large percentage of households now depend on food banks and a large percentage of children go hungry. It ain’t pretty, and the future doesn’t look much better.

Gorbachev was my type of communist. A decent man, generally speaking, within the limitations of the system he had to deal with. May he rest in peace.

“The man who crippled Russia?” That accolade must belong to the incumbent Prince of Thieves with $800 billion (and counting) already laundered (and squandered) from a passive Russian people. Mr. Gorbachev’s legacy, like Sir Thomas More before him, would seem to have more to do with his rejection of power as a means to accrue personal wealth in favour of the wealth that freedom must bring for his people. That they have been unable, as a Nation, to handle that freedom must be an enduring curse for many millions.

Alternatively………….A different Soviet leader in the eighties would have foreseen the inevitable economic decline of the Soviet Union, as Gorbachev did, but his response might have been to threaten or even unleash nuclear war as a last resort, and as the world’s second superpower.
Just like Putin is currently threatening to do, but from a much weaker position since China, the superior superpower, won’t allow them to do that – as they expect to inherit the world in due course without nukes (unless they’re too impatient, and foolish, and invade Taiwan, giving the yanks the excuse to take them on before they are superseded).

So Gorbachev,,,,,A good thing, for us anyway. 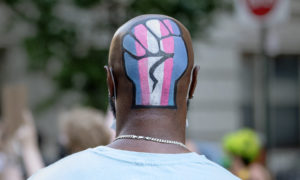