< Previous
US Entrepreneurs call for easing of lockdown
Next >
Bim Afolami: the sacred has found its way into politics
by Peter Franklin
Friday, 24
April 2020

Should we all go Amish for the NHS?

There's a lot we can learn from this religious minority 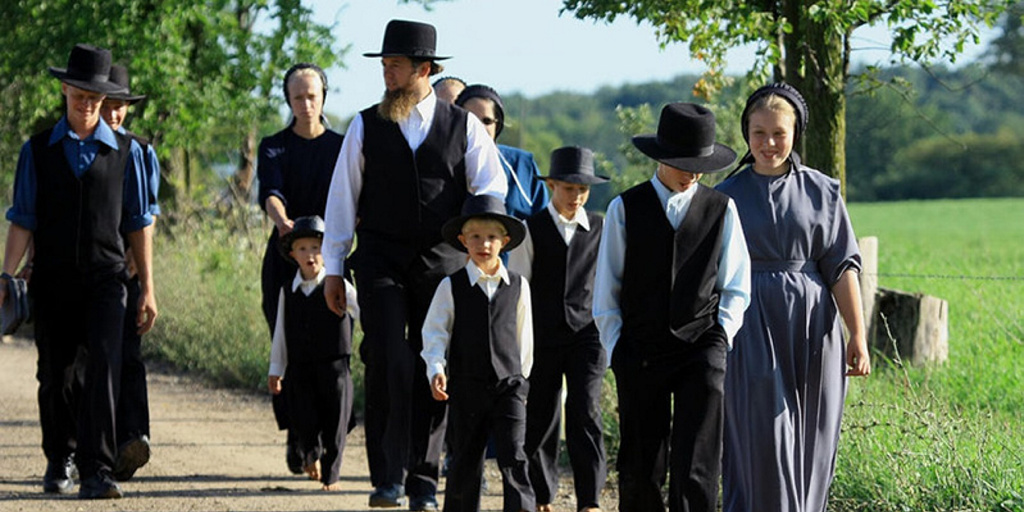 Like a lot of people, I’m fascinated by the Amish — a religious and linguistic minority whose way of life has diverged drastically from mainstream modernity. Previously on UnHerd, I’ve written about their thriving demographics and their success in prioritising the continuity of community over the adoption of new technology.

What makes the Amish especially interesting is that most of them live in America — arguably the the most individualistic and neophiliac society on Earth.

On his Slate Star Codex blog, Scott Alexander has an absolute must-read about another glaring contrast between the Amish and their fellow Americans: healthcare.

The Amish are generally healthier than “the English” (which is what they call non-Amish Americans):

The Amish outperform the English on every measured health outcome. 65% of Amish rate their health as excellent or very good, compared to 58 % of English. Diabetes rates are 2% vs. 8%, heart attack rates are 1% vs. 6%, high blood pressure is 11% vs. 31%. Amish people go to the hospital about a quarter as often as English people, and this difference is consistent across various categories of illness (the big exception is pregnancy-related issues – most Amish women have five to ten children).
- Scott Alexander, Slate Star Codex

But that’s not the only reason why healthcare costs in Amish communities are dramatically lower than in the US as a whole. It’s not that they reject modern medicine — they do use it when they need it. But in all sorts of different ways they take care not to over-burden the healthcare systems they rely upon. For instance, they prefer folk medicine for minor ailments, they pool risks through church-based insurance schemes and they make a point of not suing their healthcare providers.

There’s a lot more to it than just that, of course — and I’d urge you to read the whole article. The key point, however, is that many of the factors that drive America’s notoriously inflated healthcare costs are notably absent from the Amish way of doing things.

Are there any lessons that could be applied to UK health policy?

Obviously our socialised approach to healthcare provision avoids many of the pitfalls of the American system. The point of the NHS isn’t just that it’s free at the point of need, but that it’s big enough to constrain the price-gouging market power that healthcare providers might otherwise be able to exert.

And yet the UK is hardly immune to escalating costs. We too need some of that Amish determination not over-burden the system. Of course, that’s something we’ve become acutely conscious of in the current context of the pandemic. Indeed, we’ve seen a nationwide flowering of community spirit — centred on the principle of protecting the NHS.

The big question is whether we can take this forward beyond the crisis. Of course, it’s unlikely that we’ll build communities as strong and cohesive as those of the Amish. We’d need a full-on religious revival for that. Nevertheless, we must find ways of strengthening whatever fellow-feeling that we do possess.

Individually and collectively we must become co-producers of the public goods we expect from our most cherished institutions.

Call me a rebel but I thought the NHS was there to protect us.

“I thought the NHS was there to protect us.” Spoken like a typical British progressive. In the USA ( although increasingly less so than was once the case ) people believe in self-sufficiency. Not being “protected”. This doesn’t mean we don’t have a social conscience. Check the evidence: Americans are the most generous people on the face of the earth, per capita. By far. But we tend not to look first to government bureaucracies to see us through difficulty. America was built on self-reliance and ingenuity. We value liberty above security. Sometimes, even at the risk of our lives. At least, most of us do. Like the British population in 1939.

I had to smile this morning when consuming my 2 minutes of news headlines from Today – the NHS is appealing for more people to come to A&E; they are half empty apparently, whether because people don’t really need to visit A&E, or because rightly they suspect it’s a jolly good place to pick up a smidgin of Covid-19. I last visited a hospital about 15 years ago after a motorcycle accident and spent a week there terrified of being given a dose of MRSA. A young healthy friend of mine had gone in with concussion and cuts and bruises after a gliding accident and came out 3 months later, having been infected with MRSA shortly after being admitted.

It is too precious to join in the rough and tumble of ordinary life, apparently.
Persuade people to not use an on-demand facility, and look at how much they save.
We did see some appalling sights in Lombardy, where the facilities were overwhelmed by demand.
So” be good little pensioners and die quiently at home”.

The problem, of course, for all socialized services is that they are rendered regardless of the motivations of the beneficiaries. Welfare ( the dole ) is the prime example. Paying people who do not work chronically is far different then paying the temporarily unemployed or disabled. Welfare programs cannot be based on the goodwill of the recipients.

The Amish model is not scalable in a free market, democratic society. It requires a high degree of assent and commitment, things largely lacking in a secular, consumer-driven culture.

Em, one vital ingredient missing I suggest, from your appraisal of the Amish philosophy and much more holistic meaning of health, is their religious belief- which inform and guide every part of their daily actions and living as a community – indeed the community for them, is greater than the individual, whose liberty and freedoms equals the community, and is in the hands of God.
The UK would have a very long way to go towards living like this,but I would like to hope that maybe, just maybe, out of this crisis, the so called rights of the individual, so loudly trumpeted by the liberals for so long until we are all deaf to the implications, might shift towards the beginning of something else- something more hopeful more generous, and a lot less narcissistic.